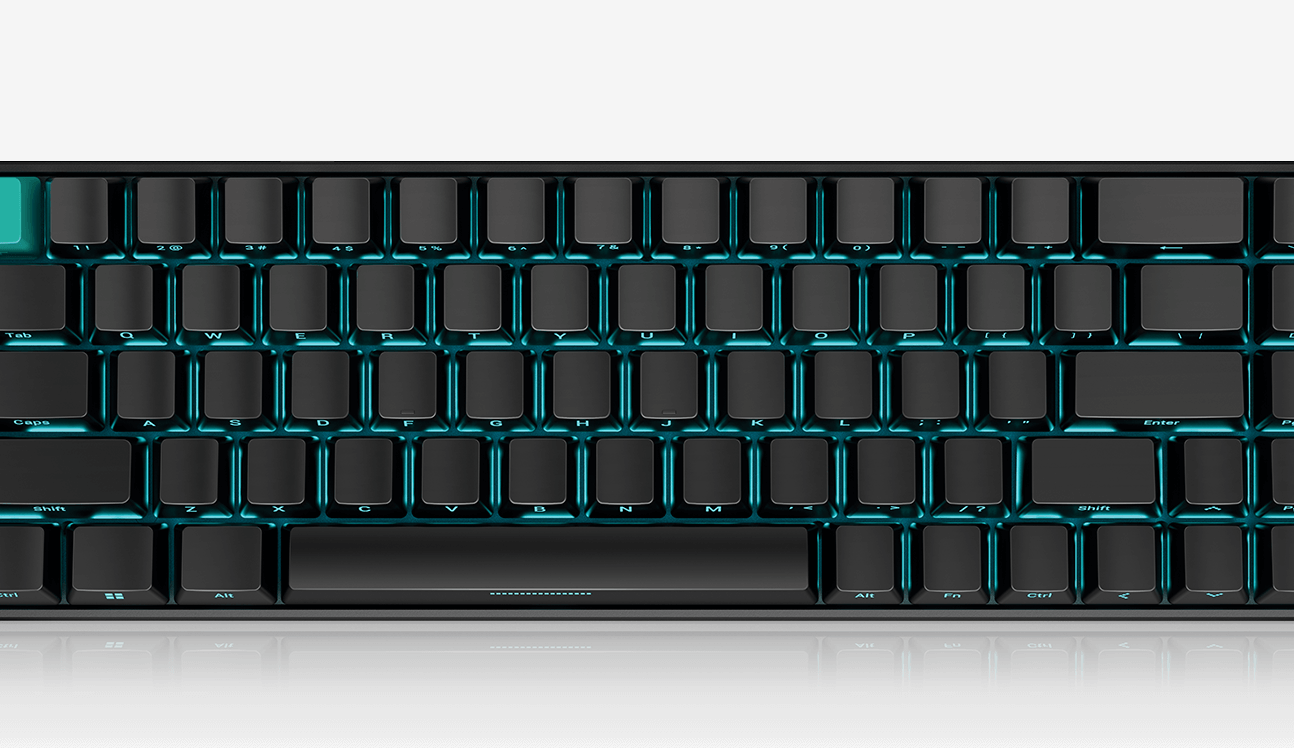 DeepCool was founded in 1996 and is mainly known for it’s cooling products. We’ve reviewed some of these, such as DeepCool’s AK620 CPU Air Cooler and the Matrexx 55 Computer Case.

Today we’ll be looking a different sort of product from DeepCool – a 65% mechanical keyboard with a MSRP of $79.99 USD. Advertised as “tiny but mighty”, does this keyboard stand up to the slogan? Read on for more details.

The KG722 weighs less than any other keyboard I have tested, weighing 648 grams (1.4lbs). It’s frame is made of ABS Plastic, and is solid and sturdy. There is virtually no deck flex, even when considerable pressure is applied.

The keycaps that come with the keyboard are a little different than most keyboards, as the key indicators are on the front of the keys – rather than the top which is typical. While the keycaps are ABS, I haven’t noticed any shine develop despite having used it everyday for over 6 weeks.

One thing I didn’t like about the KG722 is that it doesn’t have adjustable legs – just rubber feet.

For the evaluation of noise levels, I tested DeepCool’s KG722 against Keychron’s K8 keyboard, as both models I have of these keyboards have Gateron Reds switches installed. DeepCool’s KG722 was a bit quieter than the Keychron K8, but not by a significant amount.

Below is a recording showing the loudness of both keyboards.

DeepCool’s KG722 doesn’t support QMK/VIA, but it can be programmed through the DeepCool Gaming Keyboard software available on it’s website. With it you can remap keys, add shortcuts and macros, change the keyboard’s lighting settings, and even update the keyboard’s firmware with a few clicks.

I’m not an expert on mechanical keyboards, so for this comparison I spent a lot of time doing the same tasks on both this and other keyboards such as the Roccat 121 AIMO and Keychron’s K8. My day job involves a lot of typing, so I brought the keyboard to work and used it exclusively for 2 weeks. While testing I used all of these keyboards with a wrist rest.

The keys on the Keychron K8 with Gateron Reds landed hard and fast, with the slightest of resistance as they fall. I had to adjust my typing to be lighter with the K8 or my fingers would hurt a little bit, as when I typed heavily the tips of my fingers were impacted somewhat – something I didn’t experience with the Roccat 121 AIMO. The keys on the Roccat 121 AIMO land softly, making it ideal for extended typing sessions – but my typing speeds were slightly slower while using it compared to other mechanical keyboards.

I had expected DeepCool’s KG722 to provide a similar experience to the Keychron K8, but I didn’t – I was pleasantly surprised to find that it did not abuse the ends of my fingers. I didn’t have to adjust how I typed at all. This impressed me, as the only other keyboard I can say this about is Roccat’s 121 AIMO. Otherwise, my typing speeds were about the same on the KG722 as they were while using the Keychron K8 – though that’s to be expected as they both use Gateron Red switches.

DeepCool’s KG722 is a quality 65% keyboard that provides a great typing experience and has a very sturdy build quality – I would highly recommend it to anyone looking to get their first mechanical keyboard.

For more information about DeepCool’s KG722, check out it’s product page at DeepCool’s website. The KG722 can currently be purchased from Walmart.com, and will be available on other retailers shortly.