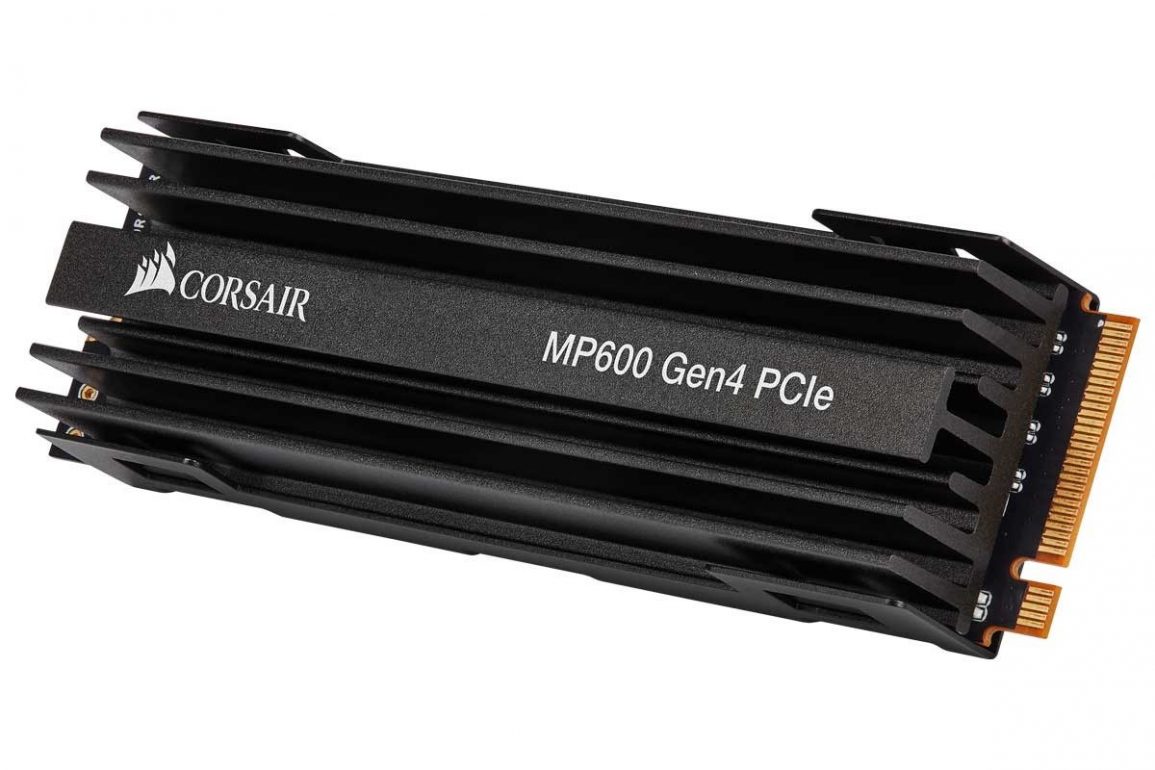 Corsair has announced earlier this morning the new Corsair Force Series MP600 NVMe PCIe 4th Generation X4 M.2 SSD which is one of the first PCIe 4.0 M.2 SSDs and is compatible with AMDs yet to be released X570 chipset.

While many will complain that sequential speeds aren’t relevant for real world testing it’s what they’ve shown and we look forward to testing it’s other performance deltas in the future. The drive packs 3D TLC NAND in a Phison PS5016-16E controller to allow the highest speeds on a single drive. Boasting up to 4,950MB/s sequential read and 4,250MB/s sequential write speeds this is rather up there and beats current Samsung PCIe 3.0 drives

“AMD is making huge strides in bringing new, high-performance features to the PC enthusiast market, and we’re delighted to be able to partner with them in doing so, with the MP600, AMD X570 motherboard owners will be able to experience the benefits of PCIe 4.0 immediately, with the fastest CORSAIR SSD yet at the center of their system.”

Corsair says that it will announce its high compatibility across its full lineup for the new X570 chipset and 3rd generation AMD Ryzen desktop CPUs. From high-efficiency power supplies, performance all-in-one liquid CPU coolers, enthusiast cases to high-speed SSDs and performance DDR4 memory, Corsair hopes to have all their bases covered.

“CORSAIR has long been a key AMD partner, supporting AMD processers and boards with its wide-range of performance DDR memory and PC components the MP600 is the ideal continuation of that partnership, bringing amazing new high-performance storage to platforms built on our revolutionary new PCIe 4.0 ready AMD X570 chipset.”

The CORSAIR Force Series MP600 NVMe PCIe Gen4 x4 M.2 SSD will be available alongside the full launch of AMD X570 chipset motherboards and new 3rd Generation AMD Ryzen Desktop Processors in July 2019. The MP600 will be available from the CORSAIR worldwide network of authorized retailers and distributors.

The Force Series MP600 is backed by a five-year warranty and the CORSAIR worldwide customer service and technical support network.