Will PCIe 4.0 ever be passively cooled?

Ive seen alot of x570 motherboard leaks showing active cooling on the southbridge. I know nvme raid kinda needs it right now but is there a chance that will change in the future?

Is it even possible to make a chipset more efficient? I had some guesses that shrinking the io die might help but looking into it further, apparently, the PCIe lanes are directly connected to the cpu cores so im confused

Everyone seems to be ignoring this potential wall in data transfer, it doesnt matter how fast nvme's get if they are just going to burn the motherboard. Im hoping atleast one of the smart people here knows how this stuff works

If AMD chooses to move the PCH to a smaller process node (I have no idea what lithography X570 uses), and/or if board vendors use finned metal heatsinks for the chipset, perhaps. Fan technology has progressed quite a bit since active chipset cooling was last a broad requirement; X570 fans are likely not to even spin unless the PCH is dealing with NVMe RAID workloads, which seems to be the case of highest power draw for the chipset.

Just the answer i was looking for, thanks
Its a shame that the lithography of the motherboard isnt listed anywhere, you would think it would be an important detail but oh well

the lithography should be 14NM TSMC cus it's cheap 🙂

The chipset handles a LOT of communication so you can't just say the PCIe lanes are directly connected to the CPU, the chipset split out lanes and share them with various connected endpoints, it being USB controllers, RAID controllers, Ethernet controllers and yes NVME controllers which can be done in raid too and all the processing that requires. It's not just a passthrough of a few lanes, it does a LOT of work.

Will it ever be passively cooled? Well maybe, time will tell, but apparently first gen won't and we have seen actively cooled chipsets before and they improved and went to passive cooling.

Thanks for replying, i get that it does alot of work but what confuses me is how it improves. You said there were motherboards in the past that required active cooling for doing things that motherboard of today no longer need active cooling for, what was the big change that allowed it do so?
I feel like understanding this will help us see the direction motherboards are heading and im curious to see if its going to be a big bottleneck in the future

for the most part, die shrinks

But which part of the die? Zen 2 has made everything complicated with the ccx's and io die

Yesss more confirmation that the chipset actually has a node since they dont list it anywhere
(on a side note, the voting system is broken for me, i upvoted you 1111 points in my screen, enjoy :3)

but to give u a bit of context i'd like to show u  a bit of history:

this is a 10 year old motherboard: do u see all the cooling being connected through heatpipes from north bridge to southbridge and to both vrm coolers?

back then motherboard cooling was designed with function first, that is why  the vrm as well as the north bridge are both HEAVILY finned, this cooling design is very efficient, because it uses all the surface area from all the coolers as one unit, because of the heapipe connections.

so this was 10 years ago, now let's take a look at the present: 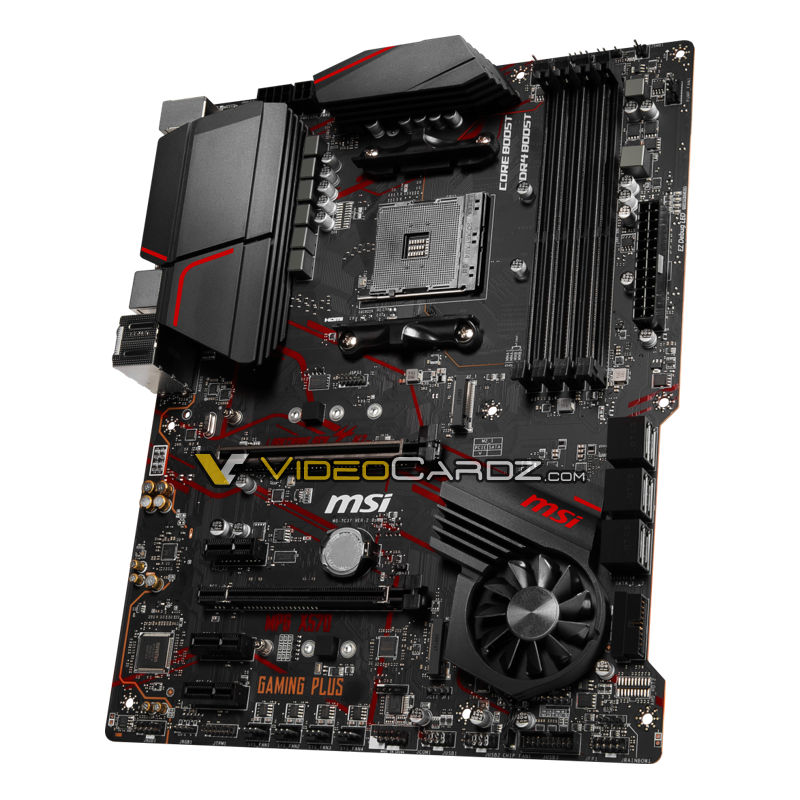 as u can see, the vrm surface area, is HEAVILY reduced, making the vrm cooling alone worse already, north bridge doesn't exist anymore as it was inlcuded into the cpu basically, which leaves us with a southbridge or "whole chipset", whatever u want to call it, under that garbage fan there with literally 3 fins  on that whole thing with the fan.

this is a horrible design, that shouldn't exist, there is no reason this can't be easily cooled passively, the motherboards, that had active cooling in the past had it, because it was often impossible to cool the chipsets passively even though the motherboards had really good cooling with lots of surface area, this motherboard as state as 3 fins on the chipset 😀

this is a fixed version of the same motherboard, which cost wise only added one flat headpipe and got rid of the fan:

to increase cooling further, the vrm cooling could be proper and much better finned, as more surface area = better cooling, but this is just a simple look at an extremely cheap fix for this joke of having a fan on a modern chipset.

i have honestly no idea why motherboard manufacturers think, that they can get away with this horrible design.

so to again answer it: there is 0 reason for motherboard manufacturers to throw a fan on the chipset, motherboards with way way hotter running chipsets had passive cooling 10 years ago.

to give another example the gigabyte z77x-ud5h had a decently cheap fully passive design, produced 7 years ago.

there is no cooling problem, there hasn't been for years, the problem is engineers and marketing people producing garbage, like fans on a chipset or aluminium blocks on the vrm instead of finned heatsinks. Hi...the top As rock board is fanless. If you are willing to pay $1000 to not have that premium. There are some things that you could do to mitigate that anyway like choose the right NVME drive or adding active cooling to the area. I would not concern myself with a fan that you can easily replace failing either. Every component in a PC will fail at some point.

Just want to add my answer to the topic question:

The X570 chipset typically IS passively cooled as of today!
Sure there are fans added, but those are only used if/when needed, which is as good as never.

To get that cooling fan running you will need either some warm air for the cooling or a pair of really high end SSDs in RAID0 chugging large quantities of data.