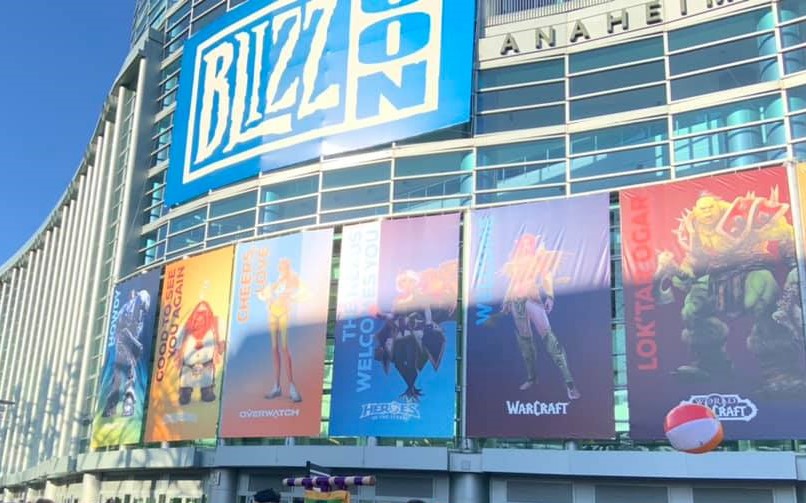 The much-anticipated annual Blizzcon kicked off today, announcing a bunch of new content coming this year to Blizzard games. Let’s dive right in!

J Allen Brack started today’s opening ceremonies with a heartfelt apology for Blizzard’s actions in the Hearthstone tournament drama regarding a player, blitzchung, who used his publicity in the tournament to express his support for Hong Kong.

After the opening comments, we went straight into a cinematic trailer for Diablo IV. We follow four treasure hunters trying to unlock a path into the depths of ruins. They’re beset upon by a horde of undead from which only three of the adventurers escape. They enter a large circular room three pillars. A voice announces it’s a gate and controls the remaining three to perform a blood ritual to open the gate, to bring forth the Daughter of Hatred, the Creator of Sanctuary: Lilith.

Classic content will soon get an update, releasing two world bosses Azuregos and Kazzak, and will enable world PVP.

The Diremaul raid available on the showfloor.

Dotty, the new donation pet, will benefit the Make a Wish Foundation and We.org

World of Warcraft will be running a two month-long celebration for the 15th anniversary, giving players a Netharion pet for logging in.

A new battleground, Kornock’s Revenge, inspired by Alterac Valley, will be released.

The next expansion was announced: Shadowlands. Go to Azeroth’s afterlife, on a more permanent basis than a corpse-run. It’s the origin of the Valkyr and the Spirit Healers that help us back to the world of the living when we pull a few mobs too many.

New Zones: Revendreth, Ardenweald, Maldraxxus, and Bastion. Below you’ll find some screenshots from the announcement trailer.

Choose a Covenant. What is a covenant? Covenants are the ruling powers of the Shadowlands. The four Covenants are the Kyrians, Necrolords, Night Fae, and Venthyr. We’ll find out more at the World of Warcraft breakout panel in a couple hours.

New Expansion: Descent of Dragons. This expansion brings a new mechanic as well: Invoke. Invoke is an effect of other cards that cause Invoke to trigger on an Invoke card. They showed a new dragon card, Galakrond, to demonstrate. Invoking Galakrond upgrades the card to a more powerful Galakrond card. Invokes happen by playing Shield of Galakrond or Seal Fate.

Blizzard is also adding a core game mode called Push. “Core” basically means it will be available in everything, even Tournaments. Push mode is where a robot pushes an object along a path through control points on the map. As the object gets closer to to the end of the path, the higher score your team gets. If it reaches the end, your team instantly wins, although internal testing rarely completes with this type of victory.

Overwatch 2 will have a complete story experience, including story missions. Cooperative experience. Hero Missions are focused on highly-replayable cooperative experiences. Powered by a progression system of leveling up heros, different talents and abilities. All 31 heroes (plus “more”) are getting an upgraded look. Engine upgrades and looks and art will be covered in the Overwatch breakout panel.

Why make a sequel? Blizzard wants to redefine what a “sequel” means. All Overwatch 1 owners get to play on Overwatch 2 maps and with the same heroes as Overwatch 2 players. No one gets left behind. All cosmetics get carried forward into Overwatch 2 that were earned in Overwatch 1.

There’s plenty of breakout panels today to flesh out all the details, and so far it’s looking like an exciting weekend to come!