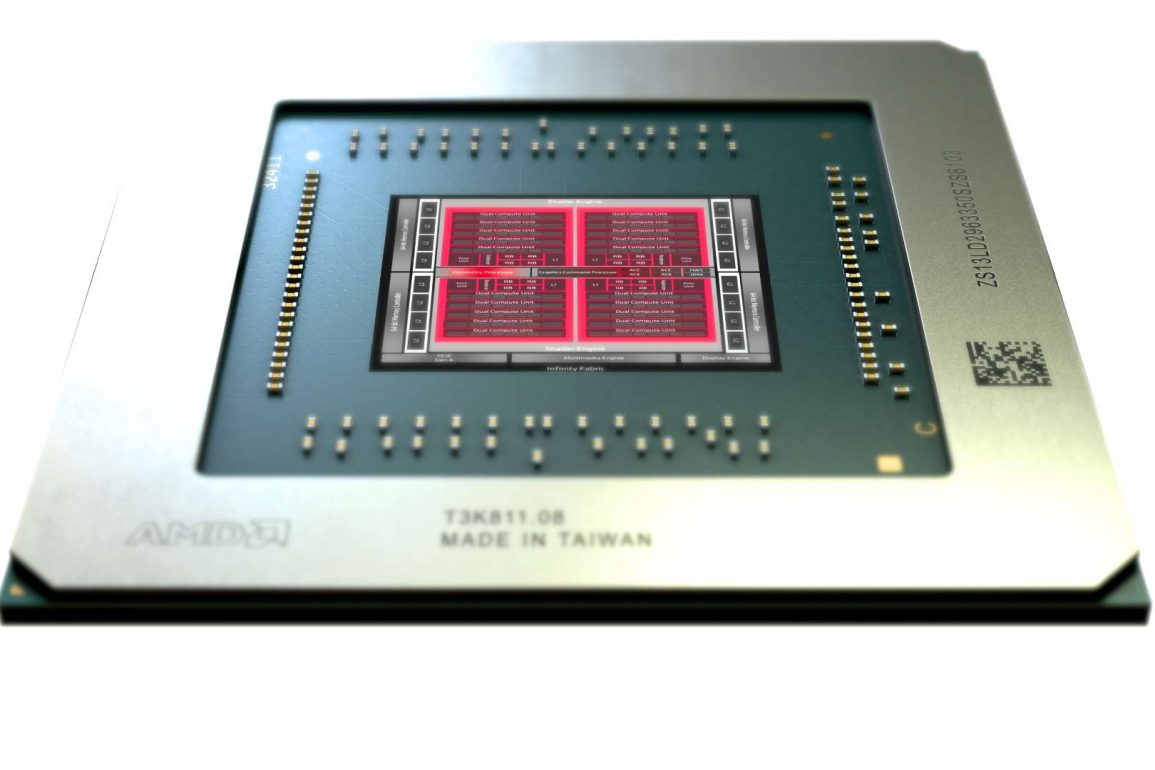 Big Navi Rumored to Have Die Size of 505 mm2 (Updated)

Before you read the rest of this article, it needs to be said that this rumor should be taken with a large grain of salt, but I feel like it’s worth reporting on since it’s coming from the same forum Sharkbay posts on, and his leaks on Rocket Lake and Alder Lake seem to check out even if his personal speculation might be wrong. Also, I’m working on getting an actual translation of this thread instead of using Google, so there will likely be an update. I also want to thank another leaker, Komachi, for posting this forum thread on Twitter.

So, this forum user (who might be a TSMC employee) apparently knows the die sizes of three different GPUs within 5 mm2. Navi 21 is around 505 mm2 (consistent with a previous leak from the same user), Navi 22 is 340 mm2, and Navi 23 is 240 mm2. The die size of Navi 23 is an interesting point of data because we have already heard quite a bit about it from RedGamingTech, who I find has a decent track record. He was told that Navi 23 is referred to internally as the “Nvidia killer”, which is an odd name for such a small GPU, smaller than even the 5700XT. However, it might not be a killer in the sense of performance, but in value, as RedGamingTech has speculated recently.

There are other pieces of info and speculation in this thread, but I’m waiting for a better translation since I don’t feel comfortable trying to interpret such sensitive information with such a poor translation.

It does seem like we’re starting to get a clearer picture about what exactly to expect with Navi 2X. It might be reasonable to expect AMD to launch a card that has around double the performance of the 5700XT. While this possibility was highly unlikely just a few months ago, it’s become much more feasible ever since AMD’s Financial Analyst Day where they revealed RDNA2 would have 50% more power efficiency than RDNA. If AMD can get their shaders to scale more linearly, then doubling the performance from doubling the die size doesn’t sound all that unlikely anymore. Of course, this is not confirmed yet, so don’t bet on it. Just keep it in mind.

Update: So, Twitter user Retired Engineer has graciously provided us with a translation of the other parts of the leak we weren’t comfortable speculating on when we had the poor Google translation. Most of this content is tangential and not directly related to the Navi die sizes but it’s worth looking into these extra parts.

Concerning other tidbits about Navi 2X, the OP says that Navi 21, 22, and 23 are all too large for APUs, presumably desktop and mobile APUs. That seems pretty reasonable since the Xbox Series X APU is about 360 mm2 and has 56 CU, which wouldn’t really be sensible for most desktops. Additionally, he also says that Navi 2X is no longer 7nm “by TSMC’s definition”, referring to TSMC’s 7nm name change that occurred recently. So, the 7nm Navi 2X uses will not be the same as the one Navi 1X uses. This likely refers to EUV but it could also refer to other changes TSMC had made to the 7nm node that are independent of EUV.

The OP also talked about the console APUs, Arden (for Microsoft) and Oberon (for Sony). Arden has entered mass production in a volume similar to Navi 10 GPUs (that is the 5700 series) prior to the July 7 launch. Oberon also had been in mass production, but is now “nowhere to be seen.” This could mean that Sony is afraid that Microsoft’s hardware advantage could translate into better sales for the Xbox and production for the PS5 APU has ramped down in anticipation of poor sales. The Sparkman APU also got a mention since it is now in trial production, but the OP could not confirm whether or not this was another Microsoft SKU. There is still an expectation that Microsoft will launch a cheaper, less powerful Xbox, which is why OP suspects it could be ordered by Microsoft.

Finally, there was a fragment of info about CDNA, AMD’s upcoming compute oriented GPU architecture. Apparently it is codenamed Vega H. That’s about it for CDNA, which we know relatively little about.