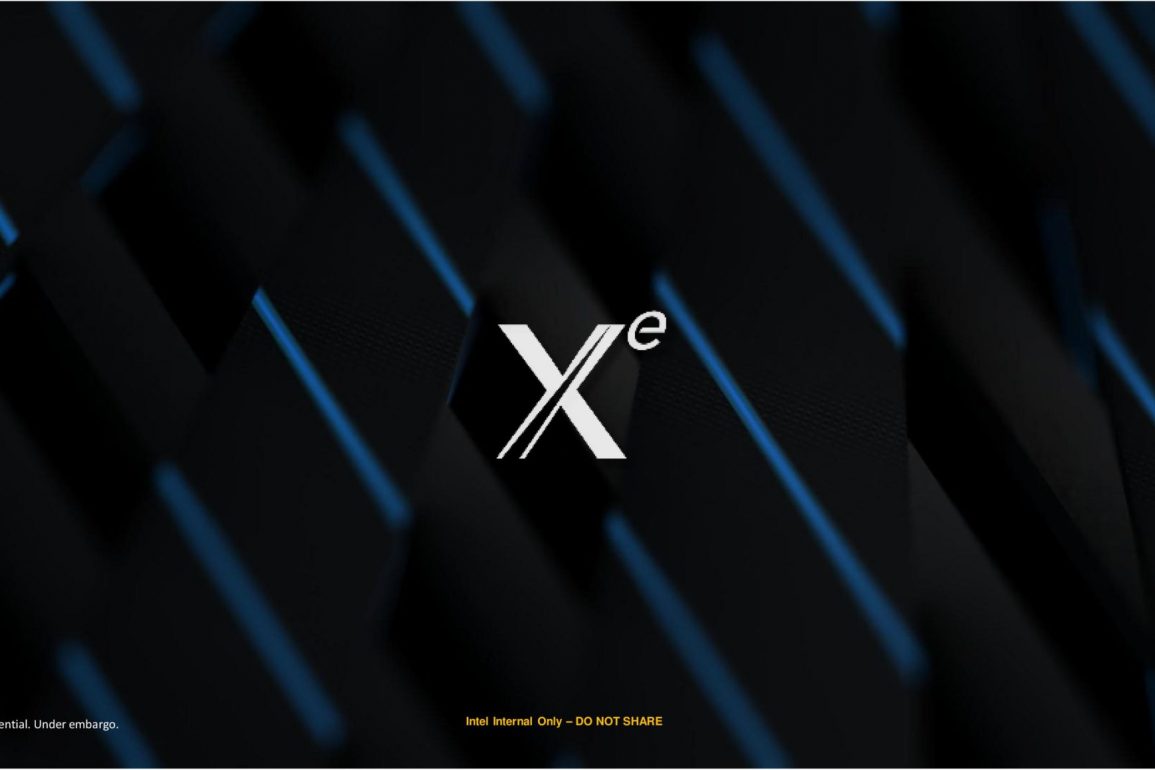 One of Twitter’s best known leakers, Komachi, has uncovered a Gen 12 Mobile GPU benchmark on GFXBench and CompuBench, which tests graphical and CPU performance respectively. Strangely, this system was tested on a desktop system with a 9600K, not a mobile 10th gen CPU like Ice Lake or the upcoming Tiger Lake. Even more strangely, the name of the GPU in the GFXBench result contains “dg1” which obviously is referring to Intel’s upcoming DG1 GPU.

One theory about this benchmark is that Gen 12 graphics, despite being titled “mobile”, might actually be able to connect with a desktop CPU via EMIB. User RetiredEngineer on Twitter has created a hypothetical diagram of how Rocket Lake desktop CPUs could be attached to a Gen 12 GPU via EMIB similar to Kaby Lake G, except this time the graphics would be connected straight to the CPU instead of just the memory as in Kaby Lake G. We can’t say for sure this is how things could turn out (especially since this isn’t really a leak but just a guess); however RetiredEngineer has a good track record on predictions and Komachi himself thinks this could be the case, so it’s something to consider as a theory.

Now, it should be noted that a driver leak from July seems to match up in some regards and contradict in others. Where it matches is that we do see integrated graphics for Rocket Lake (which is as expected) but the EU count is very low, only 32 at the most. This new leak says the GPU has 96 EUs which is much higher. It’s hard to imagine Intel would use EMIB just to attach such a relatively weak GPU to a desktop CPU likely coming in 2021, but maybe Intel will change its mind or already has.

This theory isn’t entirely satisfactory and there are still several questions it can’t answer. How could the 9600K even have the capability to connect to a mobile GPU with EMIB? Why would it even show up as a normal 9600K? Also, why is the DG1 discrete GPU name popping up on what is explicitly a mobile GPU? It’s not like we don’t know what the DG1 is; Intel CEO Bob Swan made it very clear it is a discrete GPU. There’s not a whole lot here that is adding up.

Back in October you might have read our big leak on Intel 10nm, 7nm, and Tiger Lake. When we reported on that, we actually didn’t report on everything we were told, and so we have been sitting on this info for about a month now. According to our source, the DG1 and Gen 12 mobile graphics are identical, meaning that the Tiger Lake iGPU and the DG1 dGPU are practically the same. We weren’t told if Tiger Lake’s iGPU would be connected via EMIB or if it would be integrated with the CPU cores like Ice Lake, but it was made unambiguous to us that the GPU would be pretty much the same, that the DG1 is just Tiger Lake graphics on a discrete card. We expect that both the DG1 and Tiger Lake will have 96 EUs, but we should point out that just because Tiger Lake and the DG1 use the same GPU doesn’t mean they will have the same core count; there are indications that the DG1 could have up to 128 EUs meaning Tiger Lake is cut down.

Given what our source told us and this leaked benchmark, it’s hard to come up with a different explanation. A desktop CPU with Gen 12 mobile graphics simply doesn’t make sense unless these mobile graphics are the same as Intel’s upcoming discrete GPU, which means they will probably even use the same drivers. When this GPU started leaking on GFXBench, the immediate assumption was that this was the DG1, which was correct, but only half of the story. These new leaked benchmarks very strongly imply that the DG1 and Gen 12 graphics (which Tiger Lake uses) are the same, as one PCGamesN writer speculated over a month ago in response to a similar leak.

The DG1 will not be a high end or mid range GPU. Instead, it will be an extremely cheap, low end card that will tackle Nvidia’s and AMD’s low end competition. We expect it to be announced in some way at CES 2020 but that’s obviously subject to change. There was also driver information for the currently unannounced DG2, but from what we were told, that it is not a more powerful version of the DG1 but a successor coming in 2022, likely on the 7nm node.