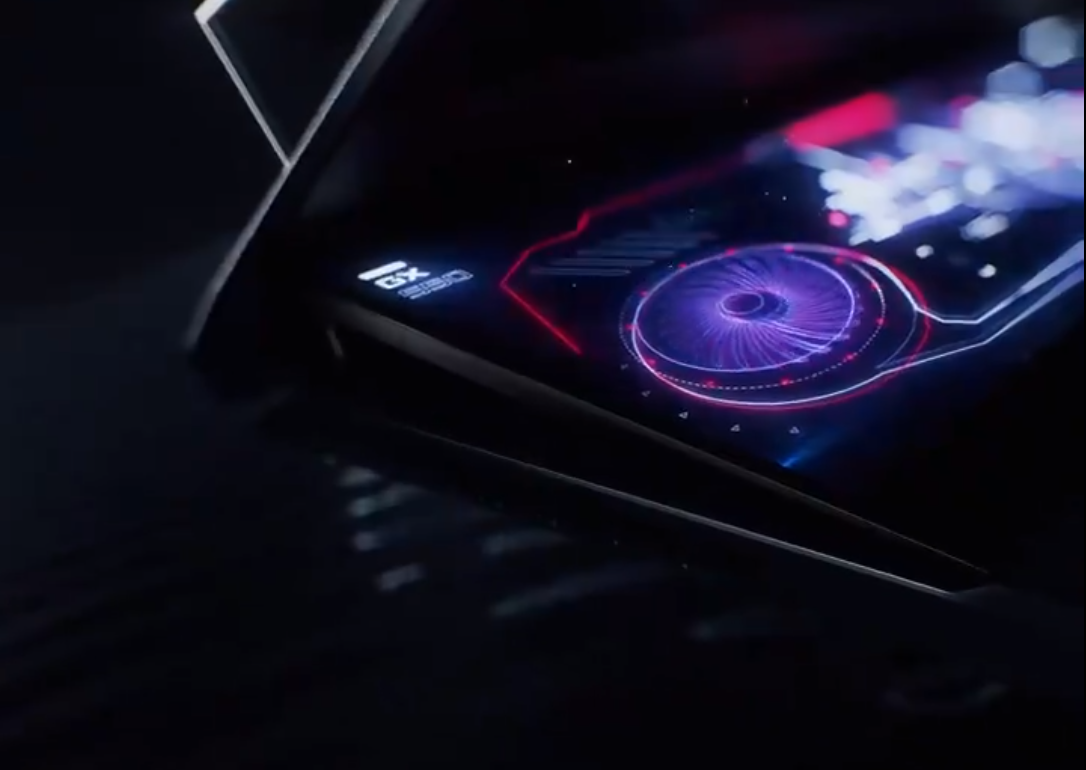 Just yesterday the review embargo for the Zephyrus G14 expired and we saw AMD’s Renoir based 4900HS deal a serious blow to Intel in all metrics. The G14 still isn’t available for purchase, but that isn’t stopping ASUS from teasing what appears to be a totally different laptop with the phrase (translated from French to English) “explore new horizons” and “rise to new horizons.”

In the teaser, we only get a small glimpse of this new laptop but it looks like it has two important features. Firstly, a keyboard that is shifted further away from the screen which has been done on some gaming laptops to improve thermal performance. Secondly, it also appears ASUS is adding a second screen like we’ve seen on their Zenbook Pro Duo, and this secondary screen seems to also lift up, likely for cooling purposes. What this laptop appears to be is a gaming version of the Zenbook Pro Duo. One other detail, it appears that the secondary screen says “GX 550” which could be the name of the laptop ASUS is teasing.

Alot of people have the G14 on their minds right now, but this new Zephyrus does look intriguing. Hopefully it follows the standard that ASUS has set with the G14, which has seen critical acclaim. I do have a strong suspicion this is an Intel powered machine, which would be disappointing for some who desire the power efficiency of AMD’s Renoir, but the real focus of this machine will likely be the fact that it has a second screen.