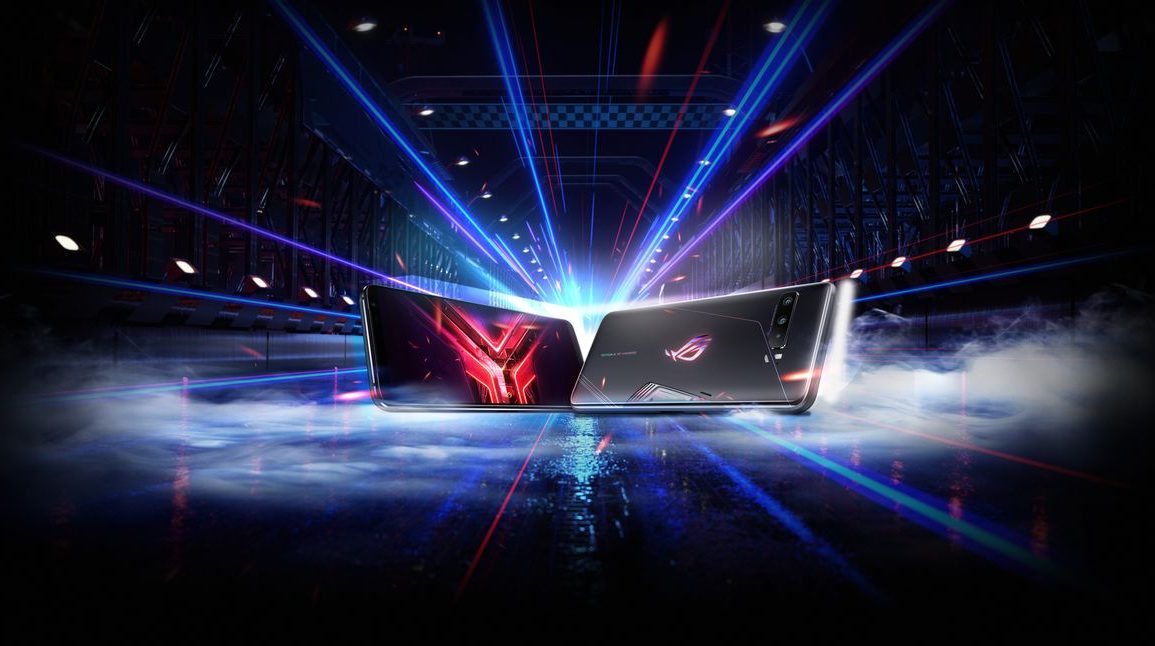 Earlier this week ASUS showed off the third ROG Phone with a 144Hz AMOLED 6.59-inch display with a Qualcomm Snapdragon 865+ and a 5G radio. It comes with the Gamecool 3 cooling system which is a clip on fan/kickstand for the phone as well as accessories like the Kunai 3 Gamepad, ROG Clip (that is reminiscent of the Nintendo Switch) and a TwinView Dock 3 for dual-screen gameplay.

The ROG Phone 3 has a Qualcomm Snapdragon 865+ which is clocked at 3.1GHz, which is about 10% higher than the standard 865, and gains about that much improvement in graphics performance as well. To keep it cool, they’ve increased the size of the built-in heatsink to nearly six times larger than the previous model and also added a vapor chamber and graphite film to improve the thermals.

Though, for long term gaming ASUS recommends using the Aeroactive Cooler 3 which is a kickstand/fan that clips on the back of the phone. ASUS has said that in internal testing with the cooler attached, it does not throttle in PerfDog compared to the 19% of the time of the OnePlus 8 Pro and 30% of the time in a Samsung S20 Ultra. They also claim a 99% FPS Stability at 90Hz in PUBG Mobile compared to 98% and 95% from Samsung and OnePlus respectively.

The phone also has a 25-milisecond touch latency which according to their own tests, which is the fastest in the market and is almost 20ms faster than either the Samsung S20 and OnePlus 8 Pro.

This combined with up to 16GB of LPDDR5 and 512GB of storage puts it pretty high in terms of storage and memory. It also features a 6000 mAh battery which is almost twice the size of the battery in my personal phone.

The ROG Falchion is a 65% keyboard with what asus calls a user-friendly multi-use interactive touch panel that can be used to adjust volume, play music and zoom the sscreen in and out. It also features wireless ASUS Aura Sync lighting.

The ROG Cetra are in-ear gaming headphones which support multiple platforms with a USB-C Connection, things like phones, PC/Mac, and the Nintendo Switch. It features active noise cancellation and an “Ambient Mode” which they say will adjust your listening experience to get a tuned experience for your surroundings and external sounds. It uses 10mm drivers and, oddly enough, features RGB lighting.

The ROG STRIX XG16 is a 15.6-inch portable gaming display that uses a built-in battery that supports up to a 144Hz refresh rate and a 1080p HD resolution. It also uses an IPS panel and has dual USB-C ports as well as a micro HDMI port. To prop it up, it also has a 70 degree kick stand for viewing on the go and can be used with the ROG Tripod to position it above the display for dual screens on the go.

The ROG Phone 3 comes in three variants: an 8GB RAM 128GB storage STRIX edition for €799, a 12GB with 256GB base edition for €999 and a 16GB 512GB top-end model for €1099. While the ROG Phone 3 releases this September along with the ROG CETRA RGB, the ROG Falchion will be launching in Q4 and the ROG Strix XG16 will be available in December.