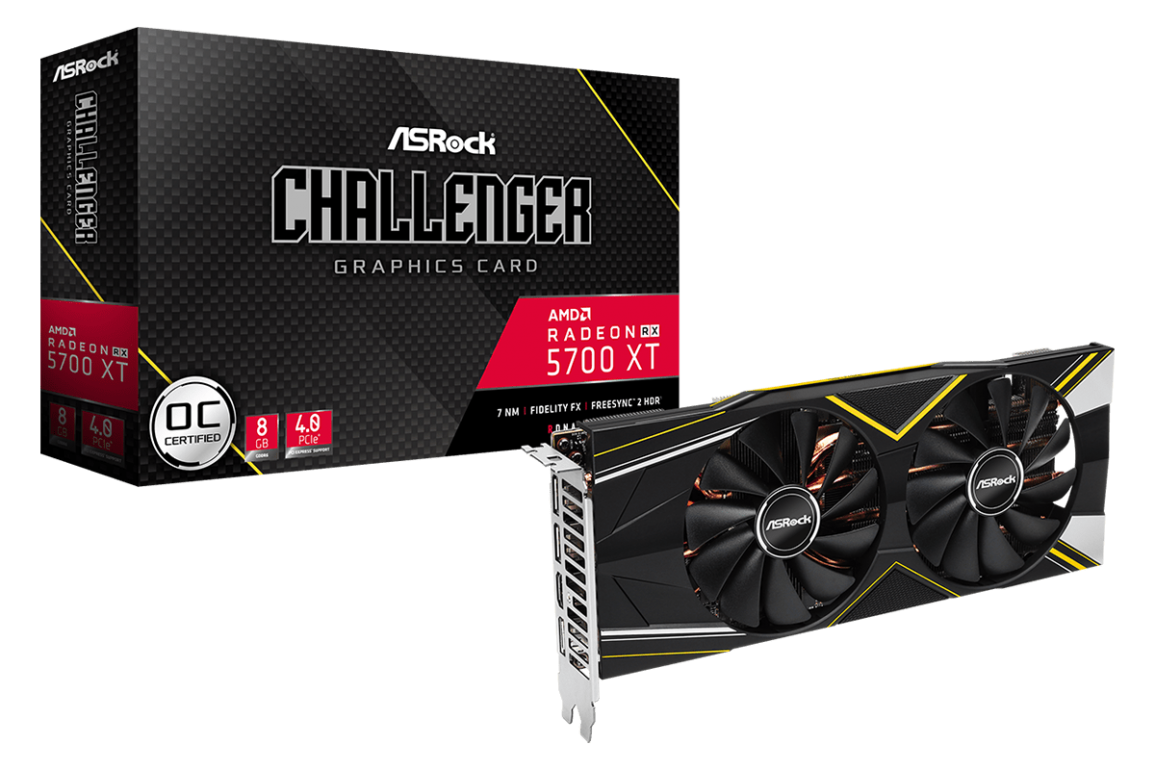 ASRock has taken the lead in announcing the first custom models of the Radeon RX 5700 series graphics cards. Specifically, the company has announced a pair of model’s from the ‘Challenger’ series, which we’ll detail below.

The ASRock Challenger series consists of two different models: the RX 5700 XT Challenger 8G OC and the RX 5700 Challenger 8G OC; both of which feature a dual-fan cooling configuration with a pair of 100mm fans, and a 4x 8mm copper heat-pipes. They also up the power connections to 2x 8-pin rather than a single 8-pin and a single 6-pin from the reference design.

The cards also both feature the same physical dimensions at 11-inches long, although as we can see from the photos, the actual board is quite a bit smaller than the cooler itself. Both models also come equipped with a high quality aluminum backplate.

In terms of the clock speeds, both models will also feature a small factory OC to both the Base Clock and Game Clock. Those specifications are as follows:

No word yet on specific pricing or release date, but we expect to hear more soon.