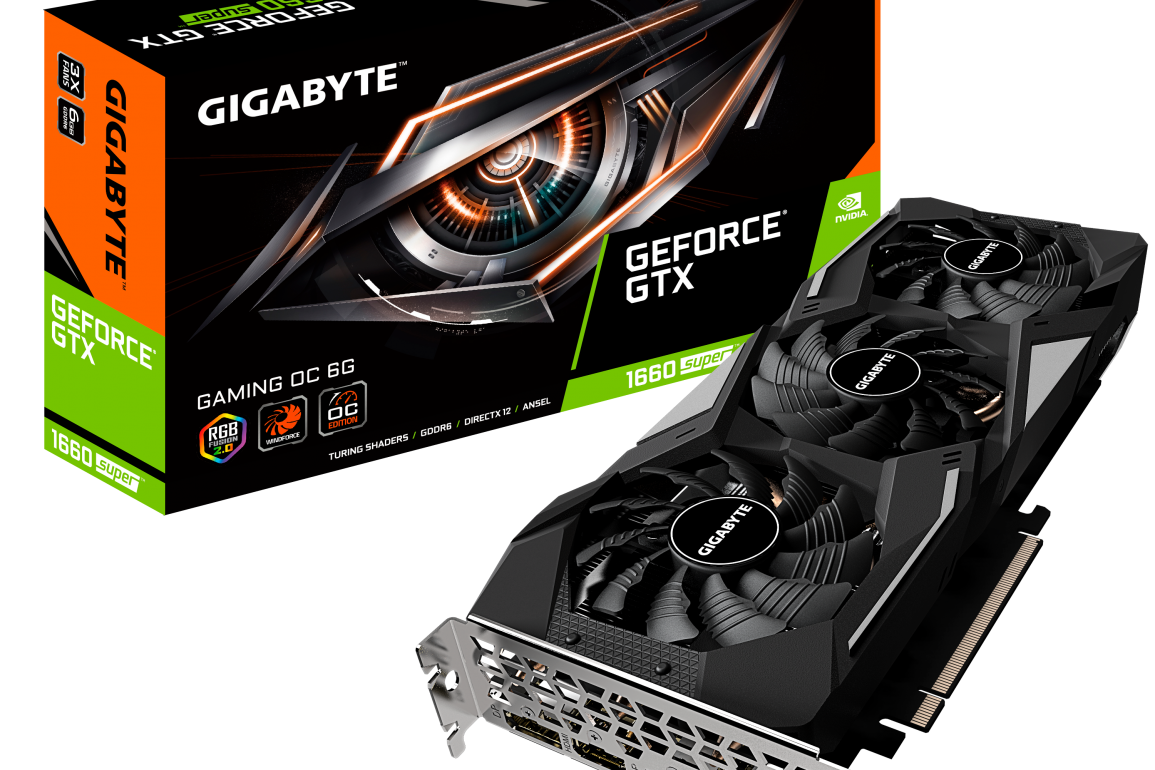 AORUS has announced their newest graphics cards using the Nvidia GTX 1660 Super GPU. They have two cards available today and a third ITX card that should be available in the next few weeks. The 1660 Super will use a 6GB frame buffer with a 192-bit memory interface, and a reference core clock of 1785MHz.

On to the cards themselves.

The Gaming OC 6G uses Gigabyte’s Windforce cooling system that packs three 80mm fans one of which spins in the alternate direction which they say is ideal to deal with turbulence and should increase heat dissipation. The middle fan rotates in the opposite direction which is explained in the image below.

The card also includes a full backplate and a rather nice metal shroud and uses Gigbytes Ultra Durable branding for the VGA which means it uses all solid capacitors (usually Nichicon caps) higher grade memory, and upgraded metal chokes. The card also has an extra power phase compared to the reference design with it being a 4+2 over the 3+2 Nvidia reference design. The card is available now on Amazon for $249.99

The OC variant of the 1660 Super uses dual 90mm fans that are also alternate spinning which again should cut down on noise and raise airflow due to a lessening of the turbulence, it like the Gaming OC also features a heatpipe that directly touched the GPU which uses a composite heatpipe that apparently has liquid in it.

This GPU also uses Gigabyte’s Ultra Durable branding though uses the reference design VRM of a 3+2 set up. This card is available for $10 cheaper at $249.99

Last but not least we have the upcoming Mini-ITX version which uses a single 90mm fan and seems like a mostly cut down verion of the OC but with a length of only 170mm which is just under 6.7 inches for those of us in the states.