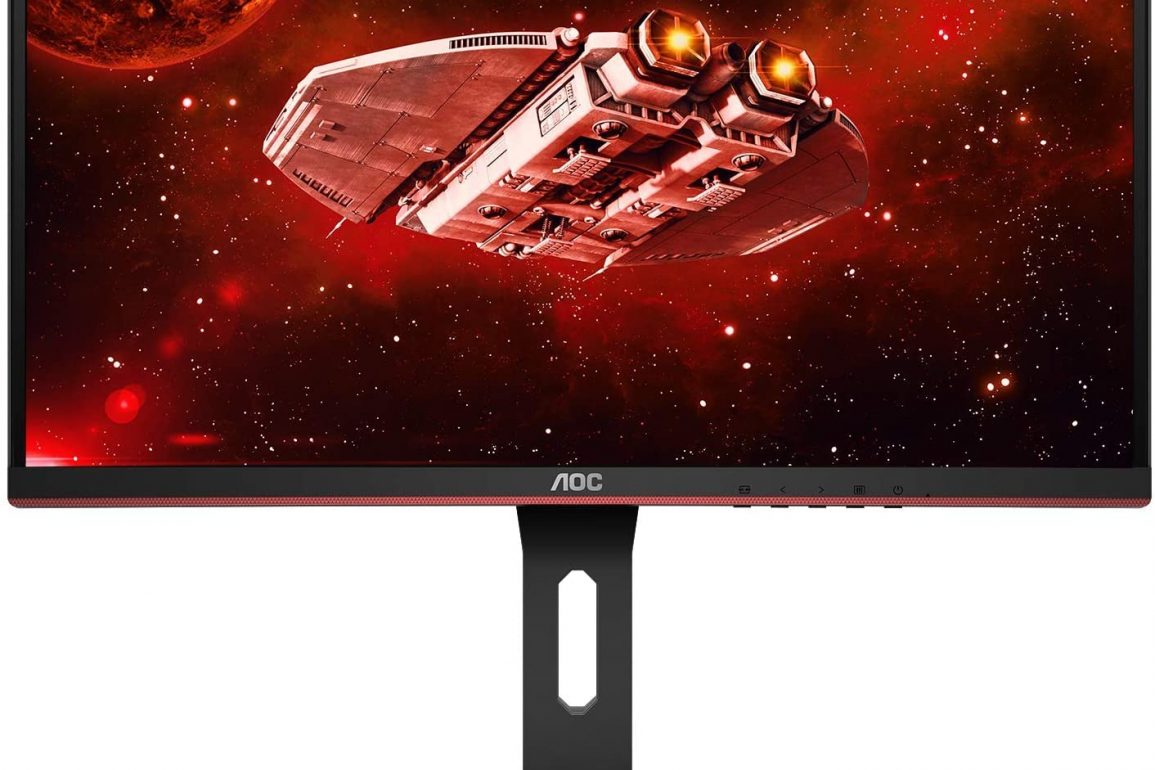 AOC has been one of the more popular brands in budget monitors for years. Typically, you would get a good bang for the buck monitor that might not give the greatest quality, but better than others in its price category.

The CQ27G1 is AOC’s budget focused 1440P 144Hz monitor that has FreeSync support and is curved for under $300. Below we will list the features and then we can jump into the user experience.

First off, I’ve got to say for a “budget focused” monitor the color reproduction is good, much better than most VA panels I personally have used. The display is a bit dark if you’re used to a higher end panel like I am as 250 nits is on the entry level side. This is probably the worst flaw on the monitor, but is forgivable when its focused on gaming rather than professional work where grays being slightly off can be a huge problem.

The monitor also has probably one of the better implementations of FreeSync I’ve personally used without any issues aside from occasionally needing to disable it and re-enable it which might have been due to AMD’s recent driver issues more than the monitor itself. When paired with a 5700XT I really haven’t dropped below 40FPS in anything I’ve played but at those frame rates up to 144, FreeSync has been fantastic on this panel.

I didn’t get much time with the monitor and my old 1080 TI to really give a good understanding of how it worked in G-Sync Compatibility mode, though it did seem to randomly stop working with the only thing fixing it was restarts. Your mileage may vary.

At 27″ the curve is very noticeable at first, especially if you haven’t used a curved monitor before. It took me a few days to adjust to the experience, with gaming actually being the only thing that didn’t give me a headache. This may have been also due to the lower brightness, but I digress. After two days though, I did get used to it and the general desktop use was fine. This is will depend on the person though, but is something I feel the need to mention.

For the on screen display its your standard fare with the exception of something called “bright frame” which brightens a corner on the screen, I have absolutely no idea what this could be for.

The viewing angles are not exactly what a top tier monitor would get but its serviceable when you consider the price point its at. Edge darkening is also an issue as well as some backlight bleed on the bottom of the panel, unfortunately I couldn’t capture it well on the camera I used but in a very dark scene its definitely noticable.

The AOCCQ27G1 is a monitor that, well does a good job for the price point as a gaming monitor. At just under $250 it has Freesync, a curved 1440P 144Hz panel, a pretty nice feature set on the OSD, but at the end of the day its biggest weaknesses are a lack of contrast and brightness on the display.

One thing that must be driven home is the fantastic warranty program they have which allows a 3 year zero dead pixel guarantee, a 3 year advanced replacement guarantee and a 1 year one time accidental damage warranty. Which is one of the best plans out there currently.

As a gaming monitor this can be lessened by playing with the “gaming” presets. As a workstation monitor or a monitor you would spend more than an hour or so outside of gaming using it’s lacking.

If I were looking at a monitor for my desktop to use daily this wouldn’t be the one for me. I personally would spend about a hundred bucks or so more and get a higher quality panel with at least 350N brightness.

If you don’t mind all that much and are looking for the best value monitor at this price point I would definitely consider it, but keep in mind you do get what you pay for, so as a gaming monitor I think this product hits its mark but outside of that the value gets sort of lost.