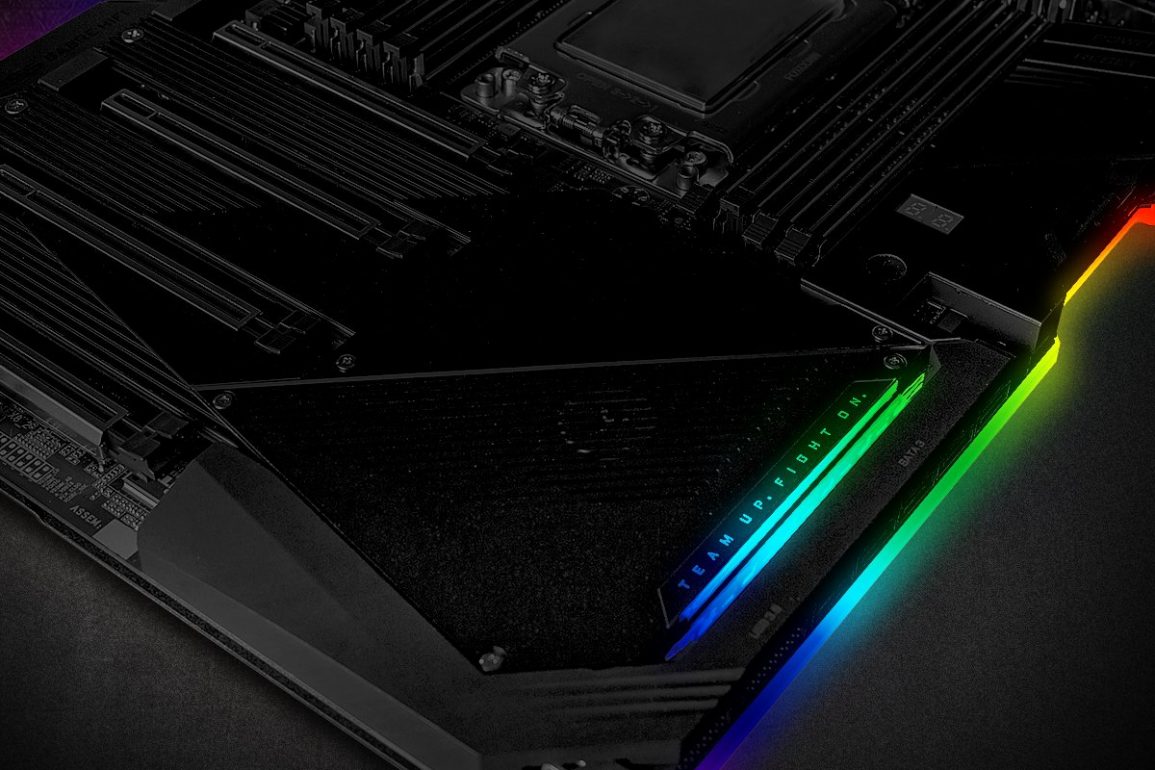 Update: This article has been corrected since the original source for this image is actually Gigabyte SA. The image below was originally treated as a leak and this is not the case. We apologize for the error.

Gigabyte South Africa has published this image of an upcoming Threadripper motherboard, likely part of the initial wave of Threadripper 3 boards coming in November. In all likelihood, this is a high end, premium board; everything about this board from the reinforced PCIe brackets to the M.2 heatshields to the robust cooling for the VRMs says premium quality. Unfortunately, however, there does still seem to be a chipset fan, which is disappointing for such a high end board.

Threadripper 3 is expected to start at 24 cores this generation, making the gap between Threadripper and Ryzen twice the size it was before, from 4 cores to 8 (though proportionally the gap is the same). This will actually position AMD’s HEDT solution above that of Intel’s in terms of core count and presumably performance as well.

To achieve that, however, some have speculated that AMD has killed X399 and TR4 and will be replacing it with the rumored TRX40 chipset (and other similar chipsets) and a new socket that, while physically similar, could prevent previous generation Threadripper CPUs from going into new motherboards or new Threadripper 3 CPUs from going into X399 motherboards. AMD could be adding more features to Threadripper 3 (such as eight channel memory) which would require a new socket and chipset.

VideoCardz believes Threadripper 3 will be announced on November 5, with up to 64 cores. They expect motherboards, a 24 core CPU, and a 32 or 48 core CPU will be launched on November 19 with the 64 core 3990X coming in January of 2020. As long as AMD doesn’t pull another delay on us, then we should at the very least expect some sort of announcement in November.