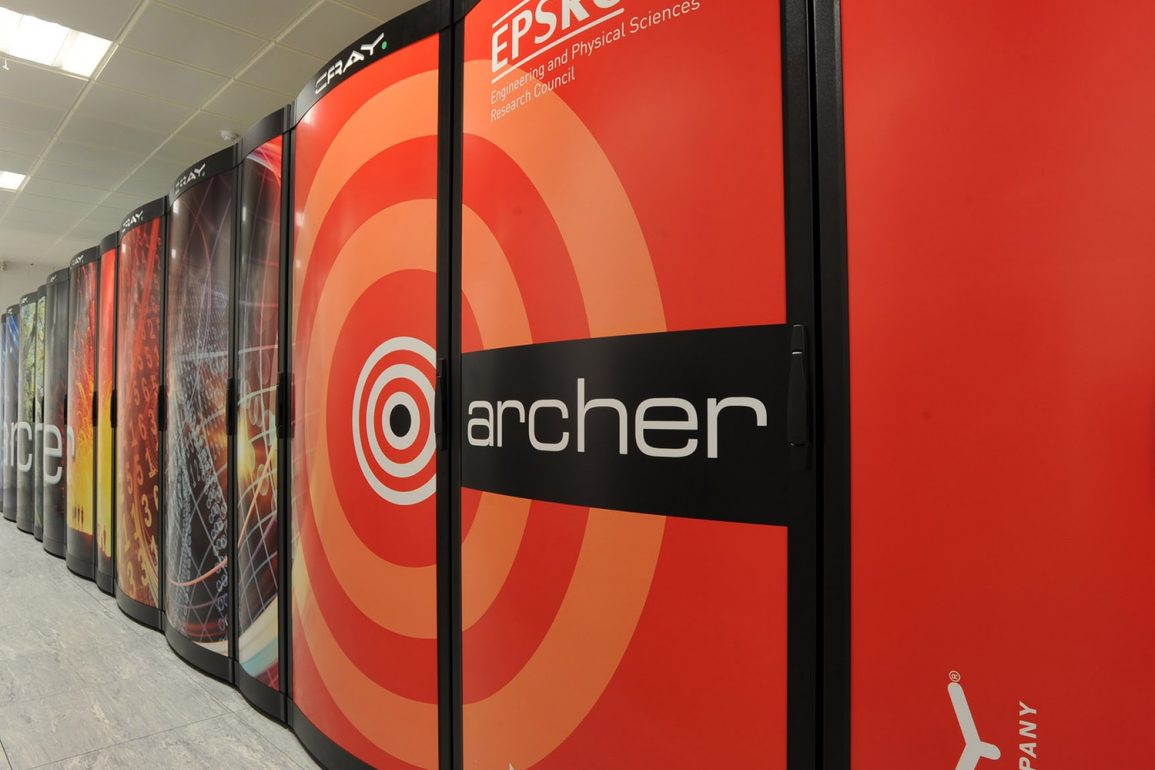 Archer2’s predecessor, Archer, is an Ivy Bridge based supercomputer with 9,840 12 core Xeon CPUs that support 307.5 TB of DDR3 memory. By comparison, the new Archer2 will have 1.57 PB of DDR4, which is 5 times larger and also much faster with a peak bandwidth of 410 GB per second, provided all the RAM slots are filled.

The Next Platform gives the following performance improvements Archer2 has over its predecessor:

Unsurprisingly, Archer2 is another supercomputer built by Cray (which also worked on the original Archer); Cray is providing many other AMD based supercomputers such as the Frontier supercomputer for the US Department of Energy. This time, Cray’s client is UK Research and Innovation, an organization sponsored by the British government. Though Archer2 is a much smaller project based on Rome (unlike Frontier which is based on a post-Milan architecture), the contract to build it still commands a value of $102 million.

Though Archer2 is more expensive than the original Archer, it provides much better value thanks to being about 11 times faster. Whereas in 2012 each TFLOP costed $27,450, in 2020 it will only cost $3,642 thanks to the use of Rome CPUs which AMD has positioned at a much lower price than Intel’s Xeons, even in spite of Rome’s better power efficiency and its often times outright greater performance.

Archer2 is just another in a string of victories for AMD in high performance computing, and for Intel it is yet another supercomputer lost. As we covered earlier this week, Intel is focusing on mobility these upcoming years when it comes to 10nm volume (which is already low as it is), so it’s highly unlikely Intel will ever be able to provide enough 10nm Xeons to prevent AMD from claiming more supercomputers. Intel is waiting until its 7nm node is ready to go before challenging AMD head on in this arena.