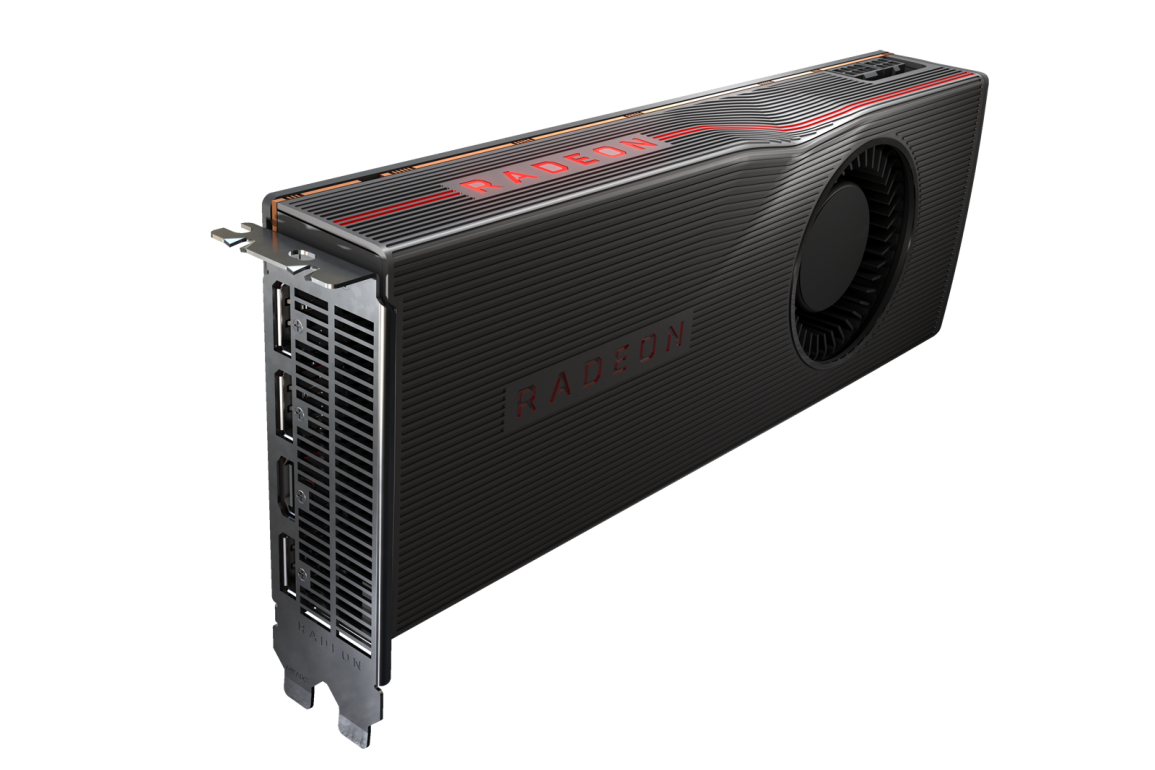 Last month at Computex, AMD announced the Radeon RX 5000 series built using the all-new RDNA architecture and 7nm manufacturing process. Today, at E3, they’ve announced the first products in the series along with specifications and pricing and availability.

The company presented a slide showcasing performance up to 22% faster in Battlefield V, 15% faster in Metro Exodus and ~5.8% faster on average in 10 of the latest, most demanding games at 1440p. So, there you have it: ~5% more performance for ~10% fewer dollars.

The company showcased the same 10-games, this time comparing the RX 5700 vs the RTX 2060 with the former coming out on top by an average of 9.5%. That’s fairly impressive, but when you consider that the RX 5700 carries with it an MSRP that is also roughly 10% higher, it’s not quite as competitive as we’d hoped to see.

I have to say, I’m a bit disappointed with the launch of Navi so far. Yes, these cards do compete well in terms of pricing and performance with NVIDIA’s current offerings in these segments, but I can’t help but feel that AMD is simply following NVIDIA’s lead here.

At $379, the RX 5700 is priced exactly where the GTX 1070 originally was when it launched back in May 2016. Now, exactly 3-years later, we have a card that is roughly 23% faster for the same price. That’s an improvement of just 7.6% per year. If you’re a GTX 1070 owner that bought in at or close to launch and are looking for a reasonable upgrade for around the same price you paid, you’re basically out of luck.

Of course, you might point out that the GTX 1070 Founder’s Edition launched at $449, which also just so happens to be where the RX 5700 XT is priced. Well, even there, you’re still getting just 30% more performance in those 3-years, which is definitely better, but not by a whole lot.

To be clear, this isn’t at shot against AMD, specifically. NVIDIA has been just as disappointing with their RTX 2000 series. It’s just that I would have hoped that AMD would be able to bring back some sort of normalcy with this launch and unfortunately, that doesn’t seem to be the case.

Welcome to the new normal.