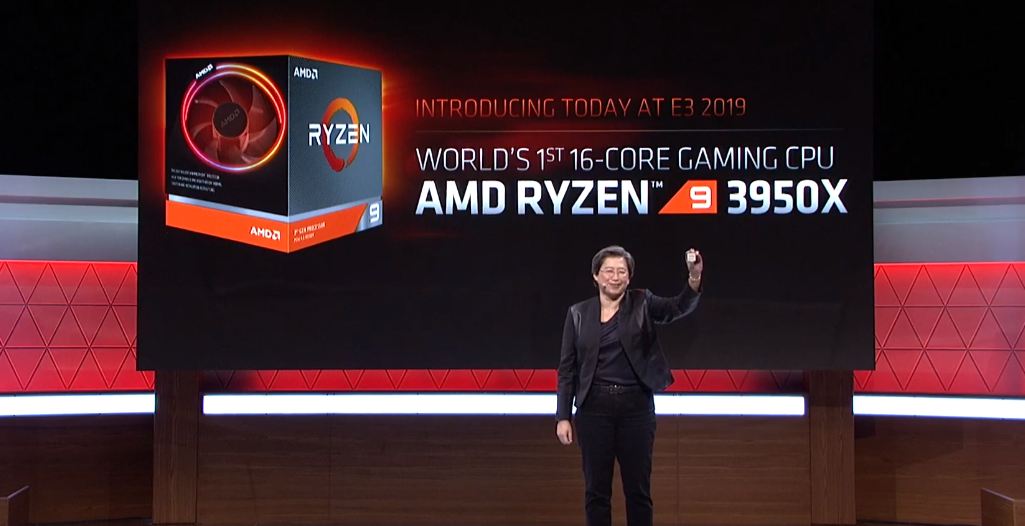 Today, AMD beat its previous all time high stock price when for a brief moment it reached $48.53. This is the highest stock price AMD has ever hit before closing time. The last record was $48.50 on June 21, 2000, back during the heyday of the first Athlon CPUs. Just like back then, AMD is in a period of increasing competitiveness and sometimes outright technological domination as its main competitor, Intel, is struggling to field products that can match AMD’s performance and pricing.

AMD’s resurgence was completed in mid to late 2019 with the launch of Ryzen 3000 desktop CPUs, RX 5700 desktop GPUs, and Epyc Rome server CPUs. Though AMD isn’t in first place all of the time, their CPUs and GPUs are certainly the most competitive they’ve been in a very long time and perhaps ever. In the future, AMD is expected to transition to the 7nm+ and later 5nm nodes for both of its CPUs and GPUs. In terms of architecture, AMD will be launching Zen 3 for CPUs and RDNA 2 for GPUs (both of which on 7nm+ processors) in 2020. Zen 4 is expected in 2021 at the earliest on the 5nm process.

AMD has also benefited from Intel’s 10nm disaster and inability to bring new architectures to its aging 14nm node. 10nm was due in 2015 but only yielded commercial products in 2018 (a small i3 with broken graphics and mediocre power efficiency). In 2019, truly useful 10nm CPUs came out, but these were mobile chips that only featured up to 4 cores. 10nm is rumored to still have issues, mostly concerning yields, which prevent Intel from launching larger processors with more cores. Intel has attempted to refresh 14nm products to remain competitive, and while single thread performance has been steadily increasing, Intel has struggled to increase multi thread performance.

Nvidia also made a few mistakes that have helped AMD’s new Navi based 5700 and 5500 series GPUs get off the ground. The new RTX 20 series debuted in late 2018 and was met with lukewarm response due to very little progress on bang for buck (the RTX 2080 and 2080 Super have been criticized in particular as being just another GTX 1080Ti) and for poor ray tracing performance and scarce compatibility with games. AMD was planning to exploit this opportunity with the RX 5700 series, but mere days before launch, Nvidia released its new RTX 20 Super series, which was basically a refresh of the original 20 series GPUs with lower prices. AMD in turn lowered prices and, while the RX 5700 series was received positively, it wasn’t the slam dunk that AMD was hoping for. The GPU space still remains competitive and AMD is likely planning on launching faster GPUs in 2020 in order to take the crown from Nvidia.

For the rest of 2020, it is expected that AMD will continue to make ground against its rivals and launch even better products. Whether it’s against a titan like Intel or a company closer in size like Nvidia, AMD can only be expected to keep going up. Only one question remains: when will AMD’s rivals strike back?