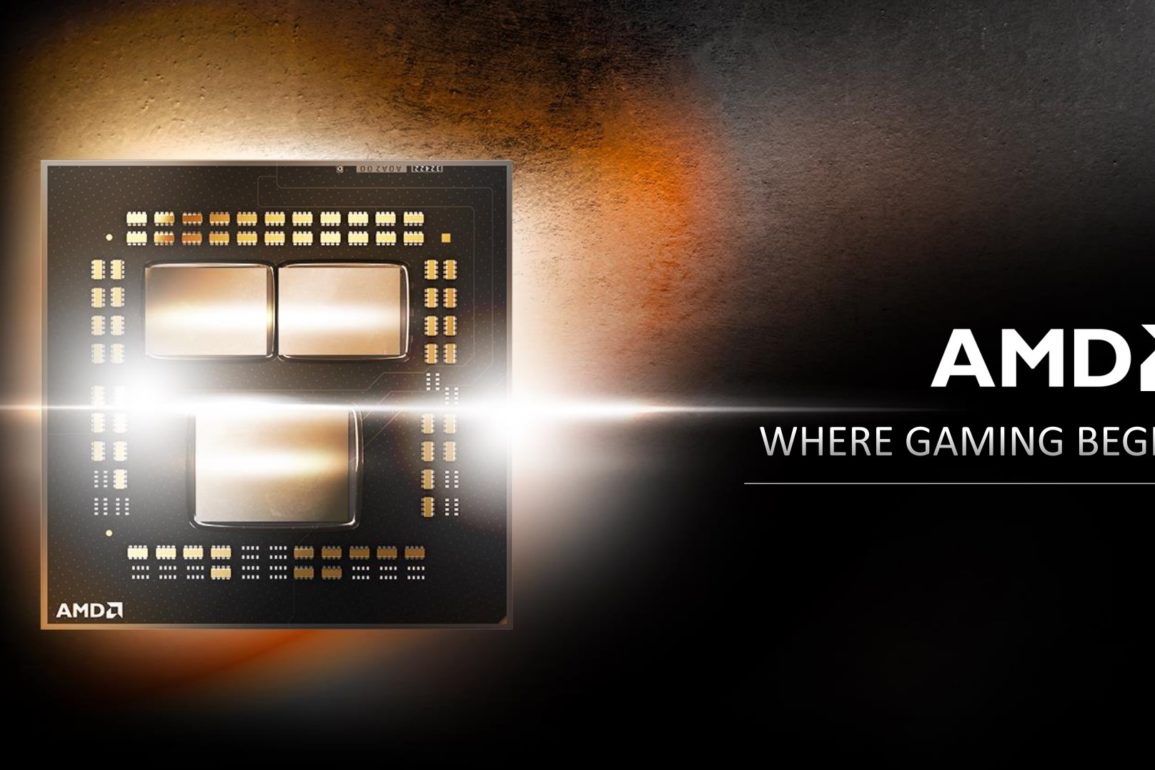 In the first slide we can see AMD showing the massive gains they had made from second to third generation Ryzen, with the second slide from a while back promising that they have delivered on their ship dates so far.

AMD brings up its advances from the original Zen processors, showing the massive uplift from Piledriver, the doubling of L3 cache and chiplet design of Zen 2 and the improvements on Zen 3, like the new core layout which will be detailed later on.

AMD mentions the fact that CCXs or core complexes are now 8 cores, previously they had only went up to four cores, with two of them occupying a single CCD (core complex die). This change should see a significant uplift in gaming due to the fact that the L3 cache isn’t split between two different parts of the chips which would then rely on the system memory via the Infinity Fabric to move the data between cores.

This also results in roughly double the amount of cache a single core can access during a single threaded workload, or significant improvements in tasks that heavily lean on few cores.

AMD also went over the improvements to design here in more detail, showing that the majority is in the front end and load/store and cache prefetching which has a lot to do with the cache while the branch predictor sees the slimmest gain which makes sense considering the massive leaps forward they had in previous years.

They also claim a 2.4x performance per watt increase over the first generation flagship 1800X. They got the numbers using Cinebench R20 which is pretty impressive, but I’d like to see how accurate this actually is in our own testing.

In what likely was the most impressive part of the whole presentation AMD showed off its rather large improvements over the previous generation and the Core i9 10900K, starting with the 3900XT it was getting over 40% faster in both League of Legends and CS:GO, which are pretty lightly threaded games, though the improvements in Far Cry New Dawn, Shadow of the Tomb Raider, PUBG and F1 2019 are pretty massive as well all being over 20% faster than the previous generation.

When we switch over to the Intel Core i9, the Ryzen 9 5900X wins in every game besides Battlefield V, though only winning by single digits in all titles except CS:GO and LOL. This is really impressive and something that makes me very interested in testing these products head to head.

Pricing here is definitely the low point of the presentation, with the 5800X coming in at $449 and the 5600X being $50 more than the launch of the previous gen parts, and about a hundred dollars more than the current pricing. Additionally, the lack of a box cooler for the 5800X and 5900X makes the value proposition a bit harder to make. We understand that those higher wattage parts are likely better suited to DIY cooling, but along with the price increase, it is a factor that potential buyers will have to consider.

AMD also makes the point that the performance per dollar is still high compared to the competitor which in terms of the 5900X is definitely true, even more-so with the Core i9 10900K being hard to find at MSRP, though the 5800X would have a bit more trouble compared to the Core i9 10850K which is around $480 currently. Still, I believe the $50 across the board pricing increase here hurts the Ryzen 5 part the most, as it is a much more significant increase compared to previous generations.

In the graphs above we see the 5950X being shown off with AMDs in house testing with slight improvement in content creation but a massive improvement in gaming. The comparison to the Intel Core i9 10900K is there also which shows its improvements over the competitor, though it is priced at $799.

AMD also dropped more knowledge on the motherboard situation, this time AMD won’t be releasing a new chipset, just updating the AGESA and relying on motherboard manufacturers to update their BIOS accordingly, most manufacturers have already released updated BIOS for the 500 series motherboards with the 1.0.8.0 AGESA though AMD recommends you update it to the latest BIOS at launch. AMD will also be continuing their BIOS update kit program, in which they will loan you a processor to update your BIOS with, if necessary, although the company does not believe it will be as widespread of an issue this time.

Though for the 400 series motherboards AMD expects the first beta releases to start rolling out in January, which seems odd considering ASUS is launching a refreshed B450 lineup, that releases in late October, so hopefully on launch we have less issues than last time. The motherboard situation is something I’ll be keeping a close eye on and trying to give a guide or recommendations on what to look for around launch.