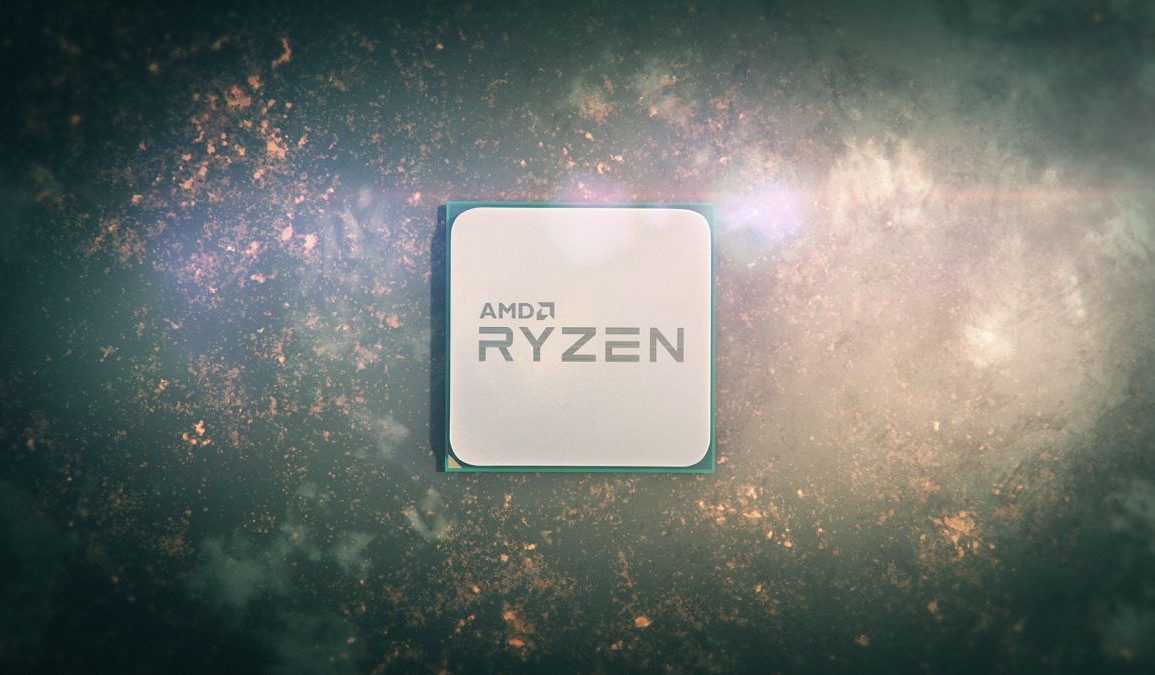 Last month we covered one of the biggest CPU launches in the past 10 years. I got to spend some time with the big boys, the Ryzen 9 3900X and Ryzen 7 3700X, the big hitters in AMD’s lineup but today we’ll be looking at something more geared to the average gamer, consumer and editor on a budget.

By and large, the Ryzen 5 x600 series has been the best selling and most successful parts in the Ryzen lineup since launch, partially because of the price point fitting in the “sweet spot” where many gamers and general users are very comfortable paying and also due to their amazing value on performance per dollar.

These CPUs have historically been put up against Intel’s i5 processors and the 3600X we have today will be going against the similarly priced i5-9600K. Previously, Intel had the gaming crown by a significant margin at this price point, though depending on the person’s GPU budget and monitor resolution it might not have mattered.

Today, we will see if AMD has closed the same gap that the Ryzen 9 and Ryzen 7 parts did and gauge how much better these parts are compared to the cheaper Ryzen 5 2600 which comes in now at around $140 compared to the Ryzen 5 3600 which is $200 and the 3600X which is $40 more and includes the better Wraith Spire cooler. This will be tested against the Intel i5-9600K.

For those who want to know about the architecture and what has changed in Zen 2, check our previous Ryzen 9 3900X review for our write-up.

For the power draw test we use HWINFO64 version 6.08 for socket power draw and the load test is running the BMW 27 Blender test.

Cinebench is the benchmark version of MAXXON’s Cinema 4D software, which is used by design studios all around the world making CG scenes used in Hollywood movies and animation.

Here we see the 3600X take the lead by a significant amount, beating the 9600K not only in multicore but in single core as well with a margin of just under 42% and 5% respectively.

It also absolutely tears a new one in the previous gen Ryzen 6-core in both multicore and single core due to a massive IPC gain with a slight clock speed bump.

Blender is the free and open source 3D creation suite. It supports the entirety of the 3D pipeline—modeling, rigging, animation, simulation, rendering, compositing and motion tracking, even video editing and game creation.

Corona is another rendering application, though this one does ray tracing. Score is listed in ray-traced pixels per second.

For file compression, 7-Zip is open source and has become a standard CPU benchmark. For this test we use their built in benchmark at the default settings.

When compressing, we see that the gap gets closer with the Intel part coming up short by 30% and performs slightly ahead of the older Ryzen 6-core parts that have even have SMT to try helping.

Looking at WinRAR, we see a massive 50% gain which we assume is partially due to the improved memory speeds and IPC. As we see here, previous gens of Ryzen stumbled hard in WinRAR and now we have more than double the performance than those older CPUs.

For Handbrake we use a Samsung promotional clip at 4k of the Barcelona soccer team taken in 4k in the TS format. We render it using the YouTube preset in H.264 at default settings and the H.265 preset with the render speed set to “slow.”

Dolphin is by far the most popular Gamecube and Wii emulator with one of the most well developed and strong communities on the net. Emulators have been known to be incredibly bottlenecked by single threaded performance. This benchmark runs a Wii program that raytraces a complex 3D scene inside the emulator, which is a very intensive task on one core. Results are given in time.

Those looking to test this benchmark on their own system please check here to make sure you set it up correctly.

In Dolphin we see the Intel i5 part reign supreme by almost 10% here. The generational improvements from past Ryzen 6-core CPUs though are very nice to see, and shows how much better single core performance has gotten with Zen 2.

For CS:GO we use the benchmark in the workshop, and have unlocked the frame rate. The run is 60 seconds long and starts at the beginning of the benchmark and ends roughly once the second set of smoke grenades pop.

Here we see that the 99th percentile shows around a 10% lead for the 9600K, though all three current gen processors perform about the same at 99.9% lows. As for the averages, the 3600X trails behind, but frankly 20FPS at around 400FPS up or down is not noticeable so the Intel CPU wins on paper, but sort of a moot point in practice.

The big takeaway here is how far ahead the Ryzen 5 3600X is compared to the 2600 and 1600 as previous generation CPUs had issues keeping up in 240Hz gaming scenarios.

In The Division 2, we use the canned benchmark for the first 60 seconds of the benchmark. We test in DX11 due to using a Pascal-based GTX 1080 Ti.

For Forza Horizon 4 we test the entirety of the benchmark in the demo with dynamic resolution/settings off at the high preset.

In Forza we see a slightly higher variance from the average and 99th percentile between the 9600K and 3600X though part of this could be the possibility that I am GPU bound due to how much Forza and DX12 games in general do not like Pascal. Also oddly enough the 3600X beats its 8 core bigger brother, which could be due to having a slightly higher base clock.

For Grand Theft Auto V, we test during the last scene of the in-game benchmark, beginning once the scene starts at the railway bridge to the end when the car crashes into the oil tanker.

In GTA the i5 has the high FPS bug that lowers its minimums quite low, though honestly in game all three modern processors do a great job of running the game.

For our Hitman 2 test, we test the Miami level during a single player run, walking through the busy vendor area with many NPCs. This tends to be incredibly demanding for the CPU, and the lower frame rates here show that.

We had to drop the 3700X results from the chart due to Hitman 2 seemingly having been updated, as performance on the even the 9900K and 3900X were worse than the parts we’re testing today.

We see Intel take a win in the minimums by around 15% and 20%. Though the game runs much better on the 3600X compared to the previous generation Ryzen CPUs, as we can see with a marked performance improvement.

For Rainbow Six Siege, we run the canned benchmark through the House level. The test is done for the duration of the benchmark.

Surprisingly enough, the higher core count Ryzen 7 3700X actually takes the lead by a decent amount. It is also a bit more consistent in frames. The 3600X beats the i5-9600K by a bit as well in the averages, though the lows don’t show much difference. Compared with previous Ryzen CPUs and you’ll see the steady gap between them and the top three parts.

So, with all of the testing said and done, with all of the parts at stock, we see the Intel part take a slight lead in some single threaded applications but lose by between 15-40% in multithreaded productivity applications. Honestly, if you plan on doing any sort of taxing productivity work the choice between the i5-9600K and 3600X is a no-brainer. While there may be a few applications that will run better on Intel, I had a hard time finding them.

When looking at it as a purely gaming focused CPU, the Intel i5-9600K takes a slight lead in all titles with the exception of Forza and Rainbow Six: Siege, so those looking for the highest frame rates on GPUs faster than the 1080 Ti, and who only consider gaming on current and older titles important, might still want to consider the Intel i5-9600K.

Expanding on this though, those who are using cheaper or older GPUs shouldn’t really worry about this too much, as I would assume with a RX 5700 we should see parity in both CPUs at 1080p and even more powerful GPUs to perform about the same at 1440p and beyond. This is due to the fact that those GPUs would, most of the time be GPU bound or limited by the performance of the graphics card before the CPU. This will be something I will be looking into where I will be testing many more games at several resolutions in the coming weeks.

Finally, looking at it as an upgrade option from 1st and 2nd generation Ryzen parts, it’s a huge upgrade at least at stock. When overclocked to 4GHz, the 1600 should improve by about 15%, give or take a few percent. Even with that in mind, in its best situation, the 1600 and even 2600 get absolutely left in the dust in all applications here, including the one that is important to a lot of you: gaming. It sounds odd saying it, but I felt a difference using the Ryzen 3000 CPUs compared to the first or second generation Ryzen systems in most tasks; windows felt snappier and even more responsive.

Frankly, if you have the extra $200-$240 for the 3600X and you are mostly gaming, I would strongly suggest you consider it for a new daily driver. Those who are looking for a bit more in terms of productivity, that can use the extra cores, can also take a look at picking up a 3700X, but again, if you mostly game on your system I would seriously consider upgrading to a 3600/X if you can afford it as in some games the difference is night and day.

With all that said, I will say the Ryzen 5 3600X that we’ve reviewed is the best value CPU on the market, as it strikes a balance between cost and performance that is absolutely fantastic and hits the most common price point for Gaming CPUs which is sub $250. Those looking to save a bit more may consider the slightly cheaper 3600 non X variant which comes clocked a bit slower and lacking the Wraith Spire stock cooler which to me adds a bit extra value.