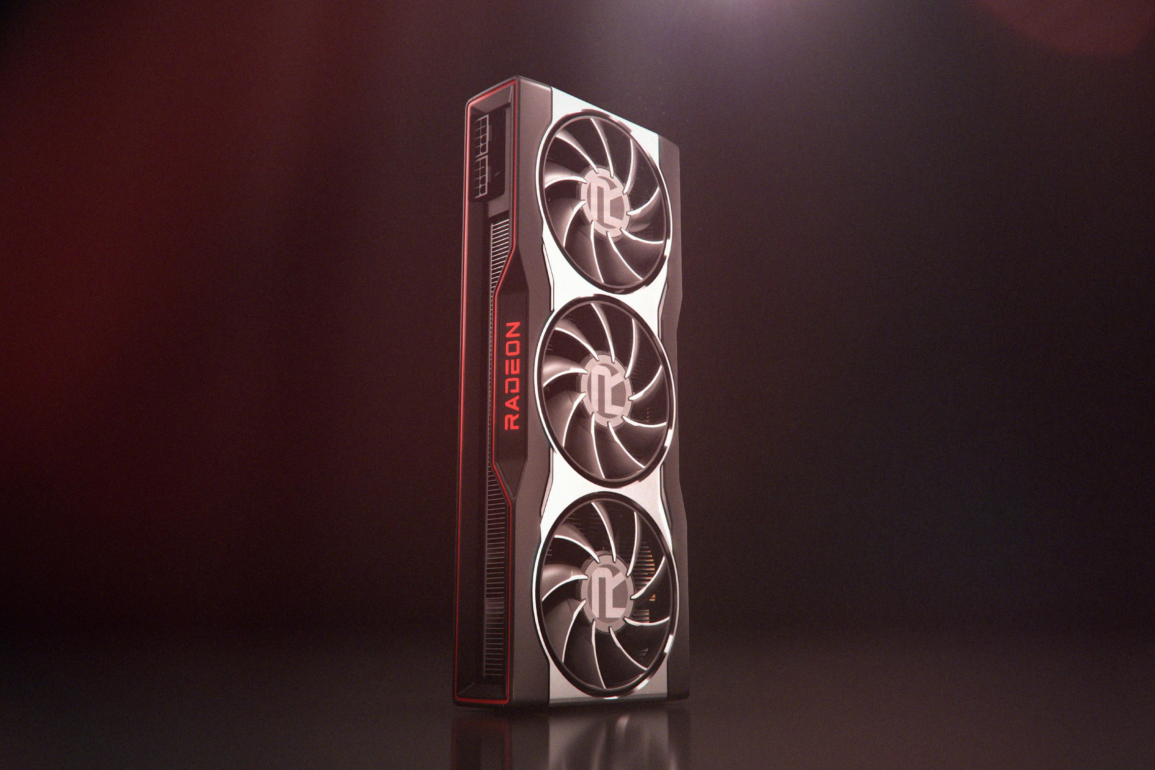 AMD might have gotten the memo that some were disappointed in its lackluster teaser last week, and on the heels of said teaser comes an official look at the upcoming GPU cooler design. It features three fans (no more blowers), a modest looking heatsink with multiple heat pipes, and two 8 pin power plugs, making certain that this is a high end GPU.

The cooler design was for a while confirmed to not be a blower, but it’s good to see that AMD is sticking to this plan. The blower designed GPUs have been failing AMD ever since the 290X, which was described as far too loud. RX Vega also suffered a similar criticism. The Radeon VII was the most recent AMD GPU to not ship with a blower style cooler on account of its high power draw and thus heat output.

The two 8 pin power plugs are notable because each plug offers up to 150 watts of power, so two of those plus the 75 watts from the PCIe slot allows this GPU 375 watts. It’s unclear whether or not this will be truly necessary (some 5700XTs featured this many plugs), but it is definitely significant that this should appear on the reference design when the previous flagship, the 5700XT, only came with one 8 pin and one 6 pin, which only allows for 300 watts. If we’re returning to Vega like power levels, then hopefully that means the performance is getting a good boost too.

Finally, and this is a minor detail, but the font of the Radeon logo is actually what AMD uses for Ryzen. This is something we saw previously with some Radeon marketing material, but this is I believe the first time it’s been so prominent.

With all that, we’re all eager to see if AMD can withstand Nvidia’s upcoming Ampere GPUs, the reviews of which go live on Wednesday.