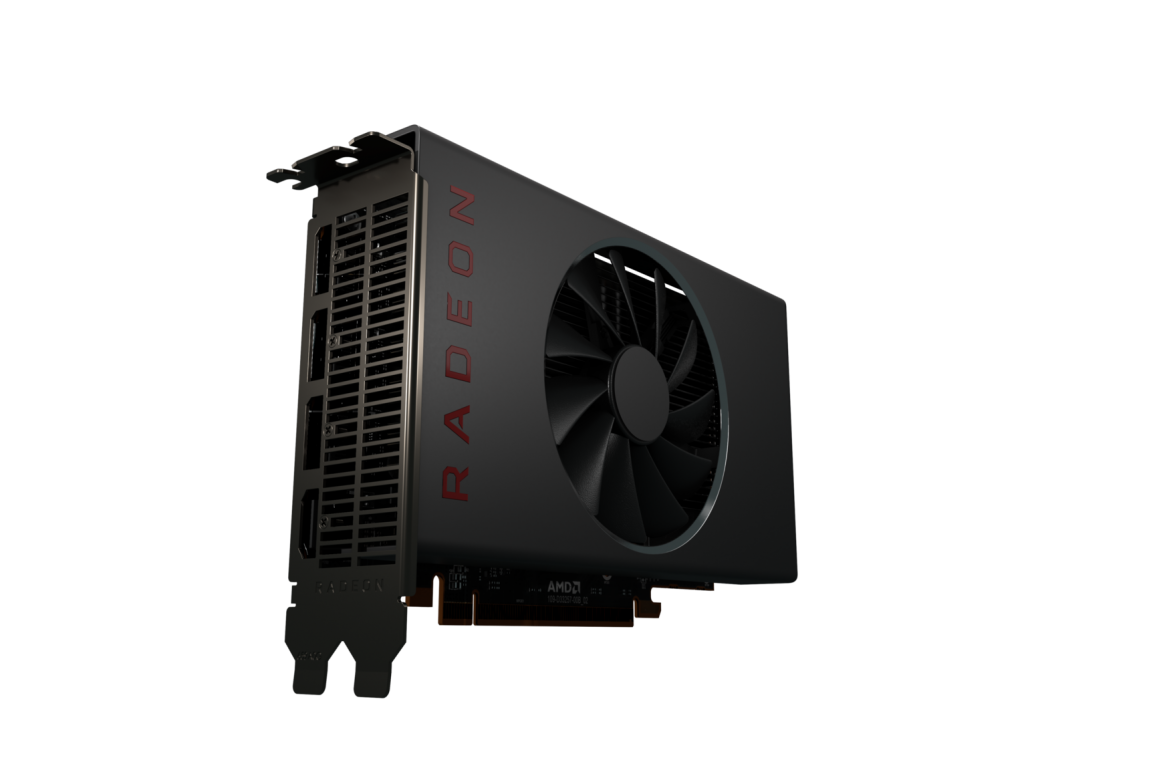 Today, AMD has announced a new series of graphics cards which are aimed squarely at 1080p, eSports gaming. These new cards are powered by the very same RDNA architecture as the RX 5700 series launched in July. These new cards will support all of the new RDNA features such as Radeon Image Sharpening, AMD FidelityFX and Radeon Anti-Lag.

The company is essentially announcing two different products which are based on the same GPU. First, we have the desktop focused RX 5500, which will be clocked higher and come in both 4GB or 8GB VRAM configurations. Then, we have the lower clocked mobile variant the RX 5500M which will be available with only 4GB of VRAM.

In terms of performance, the company compared the desktop RX 5500 series to NVIDIA’s GTX 1650, which currently retails for $149. The RX 5500 delivers up to 37% more performance at 1080p according to AMD’s own numbers. Remember, the GTX 1650 was already trailing behind AMD’s aging RX 570 in terms of performance while costing more as well. So, it’s hard to say how impressive this comparison is until we actually know the pricing of the RX 5500. At $149 it may be a great option, but at $199 it will be competing with NVIDIA’s GTX 1660, which is less than ideal.

AMD also compares the RX 5500M to the mobile variant of the GTX 1650 and its own numbers show up to 30% more performance, which is impressive if we can expect laptops with the RX 5500M to be priced equally or lesser than those equipped with a GTX 1650, but AMD did mention that pricing will be up to manufactures, of course. That said, we do hope AMD is pushing for rather aggressively priced machines considering the uphill battle it has in the notebook space.

In terms of availability, we’re told the mobile GPUs should be available as early as this month with the launch of the new MSI Alpha 15 laptop. As for the desktop parts, they’ll be OEM first with systems from HP’s OMEN Obelisk and Pavilion lines, as well as Lenovo’s Legion T530 and IdeaCentre T540 in November. Systems from Acer should also be available beginning in December 2019. As for standalone graphics cards, AMD expects board partners to launch in Q4, but specific pricing and availability was not yet given.

Additionally, AMD has included the RX 5500 series in the new ‘Radeon Raise the Game Bundle’ which will give gamers purchasing eligible pre-configured systems the choice between Borderlands 3 or Tom Clancy’s Ghost Recon Breakpoint.