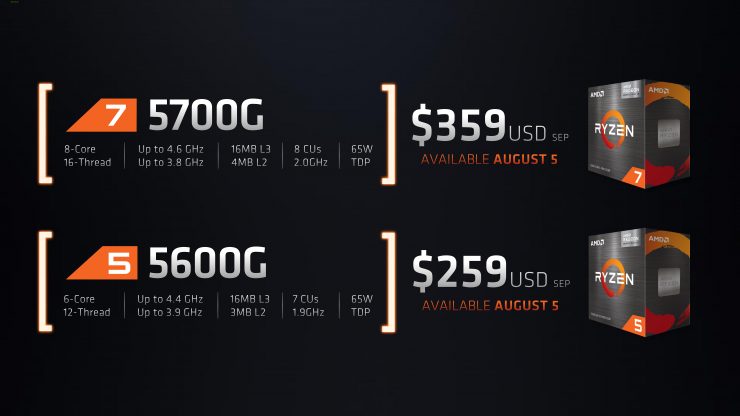 These would be a welcomed move especially since there is a shortage of GPUS in the market and this will allow for gamers to have a IGPU while the market stabilizes over time. The APUs will be available in August.

AMD will also be in the new Tesla model S & X.

AMD also announced that we will see the first ARM-based RDNA 2 GPUS in the next generation Samsung Exynos processor with it being positions as a high-performance product. This will bring ray tracing and variable rate shading to mobile.

AMD does have a interesting lineup of products around. Also check out our writeup on the GPUs released by team red here.