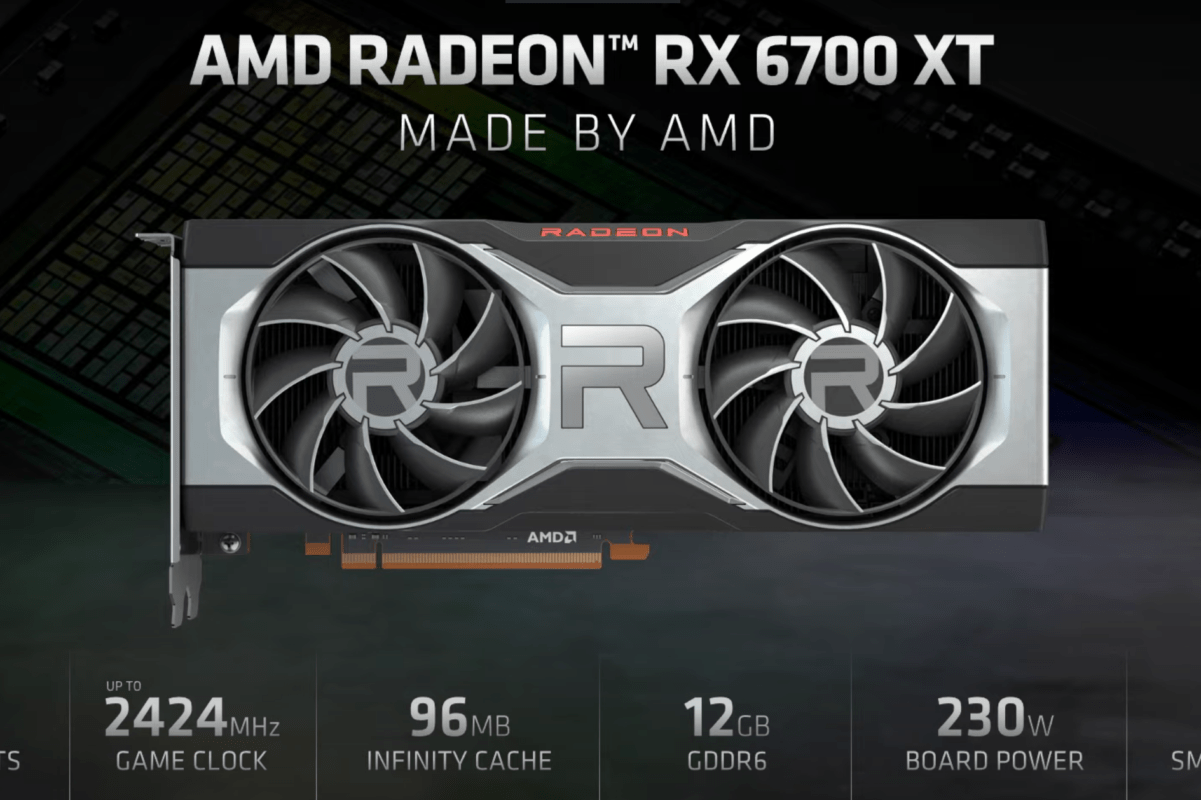 AMD Announces the 6700XT and Some Updates To Their Technologies.

During their 3rd wave of launches, AMD officially unveiled the Radeon RX 6700XT. But before we get into the juicy specs, they provided some updates to their technologies such as resizable BAR (smart access memory) will be coming to the Ryzen 3000 series of CPUs however it will only support RX6000 series.

In terms of performance, AMD seems to be targeting this as a 1440p eSports card or a little ahead of the 2080 super almost in the performance bracket of the 2080Ti or around the current generation RTX 3070 cards. However, these would need to be tested in the real world with custom coolers to see what they can do.

We also had some updates to Radeon anti-lag such as its support for DirectX 12 latency reduction, motion adapted VRS motion-adaptive resolution. We also noticed that the 6700XT dropped the VR link port in favor of HDMI and DisplayPort.

To further support the announcement of this card they also mentioned some numbers such as the 1440p market growing faster in terms of growth and ended it with a hint to what the next event holds. These would be the RDNA2 laptops coming soon, or in AMDs case coming in wave 4.