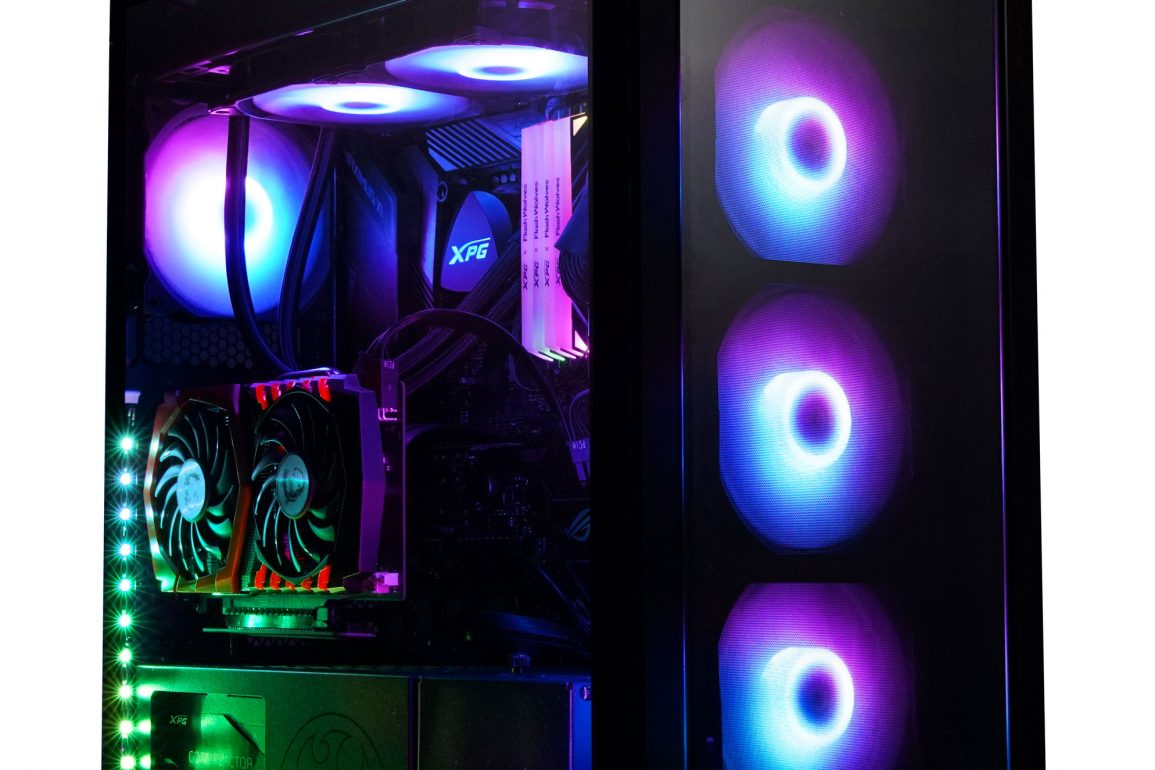 ADATA a brand mostly known for their SSDs and memory kits has recently announced a few new gaming products under their XPG line at Computex. We’ll go over some of the most interesting bits.

The Precog headset is the worlds first dual driver gaming headset, which ADATA says is designed to offer the ultimate gaming audio experience with excellent frequency response range (which they didn’t detail), and has three audio modes FPS, 7.1 Virtual Surround Sound, and Music. One of the interesting features is the inclusion of environmental noise cancellation to keep communication clear when your gaming area isn’t exactly quiet.

Finally on the gaming side they’ve announced their Battleground mouse pads which are made with smooth scratch-resistant and splash-proof Cordura fabric.

ADATA has also jumped into the world of cases, cooling and power supplies. The entries are the XPG BattleCruiser (Pictured above) and Invader cases which feature Addressable RGB (ARGB) controllers, quick release front panels which at this point should just be standard. They also announced their XPG Levante 240mm liquid cooler which comes with two ADATA ARGB fans.

Finally they also showed off their XPG Core Reactor PSU which sports a conversion efficiency rating of 92% putting it right in platinum range. It also meets Intel’s 2020 specification.

The lineup closes out with the new very awkwardly named IM2P33E8 M.2 SSD which seems to be PCIe 3.0 and delivers read and write speeds of 3400MB/s and 2200MB/s As for the external SSDs ADATA showed the SE800 which has designed for mobility being compact and light weight while still remaining under spec for IP68 waterproofing and dust proofing. The drive can max out at 1000MB/s read/write and supports USB Type-C.